Blacks Leisure looks to distressed debt specialists to bail it out

Blacks Leisure could be sold to a new investor after opening rescue talks with several firms specialising in distressed debt. 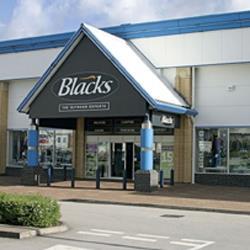 The outdoor clothing and equipment specialist is trying to source fresh funding as it struggles to operate with a large debt pile, according to The Sunday Times.

Analysts estimate Blacks needs an immediate cash injection of around £20m but the retailer also needs to convince Lloyds Banking Group to refinance £40m of loans due in February. KPMG has been appointed to help with these talks.

The retailer’s largest shareholder, Sports Direct founder Mike Ashley, has refused to back the attempt to raise funds from shareholders.

A company voluntary agreement (CVA), which is used by retailers to slash rental payments, is also unlikely after Blacks went through one two years ago.