Mothercare boss Mark Newton-Jones has blasted the industry’s embrace of Black Friday and says the retailer will only participate “in a light fashion”.

“We will participate but in a light fashion, we’ll have a number of products on special promotions, funded by ourselves through better buying so we get good margin, or funded by suppliers. We will sell most of our product at full price, it will not damage our margins.”

The stance fits in with Newton-Jones’ plan to reverse the trend of discounting that had become prevalent at the baby and maternity specialist. Last year he unveiled a turnaround strategy, including improved buying, that has resulted in full-price sales accounting for 70% of sales, up from 59% last year.

Preparing for the peak

Newton-Jones, who took the helm of Mothercare in July 2014 after a period as interim chief executive, said he feels “quite good” about Mothercare’s prospects as it enters the critical Christmas trading period. 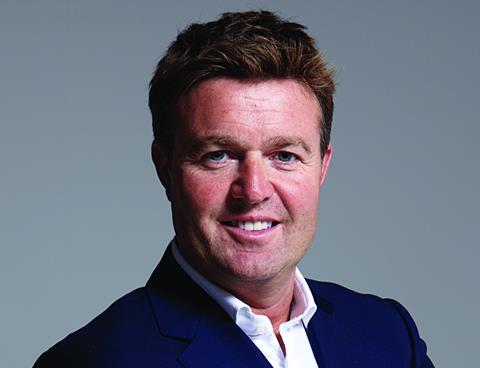 “We’ve got some great product, and I think the consumer market will be okay,” he said. “I’m feeling okay about it. What we will not do is any sort of panic mark down and discounting.”

Newton-Jones’ comments came as the retailer reported rising profits and like-for-likes in its first half.

He said he was “delighted” with the numbers and that the retailer’s focus on exclusive product and its investment in “quality, design and style” had helped drive performance. He added that a focus on digital, in particular mobile, had also helped.

Mothercare reported that mobile accounts for 80% of web traffic, and 56% of sales, which Newton-Jones said is “broadly double what most retailers are reporting”.

“Anything we’re going to develop, we now think mobile-first”

“Anything we’re going to develop, we now think mobile-first,” said Newton-Jones. “We’ve made improvements in the customer journey – product presentation, many more videos, images, customer reviews, we’re doing things that really make a difference to the customer, that make it easier to transact.”

He added that equipping in-store sales assistants with iPads had also driven sales on mobile devices.

“I wouldn’t underplay the advantage of having our teams on the shop floor talking to the customers in a digital way with iPads.

“We’ve seen a remarkable change in the customer journey. Customers previously would come in, browse, have a chat with an adviser and leave, and go home and do research online. They’re now doing it on the shopfloor; looking at the video, looking at the customer reviews, looking at extended ranges online through the iPad.”

Newton-Jones added he was pleased the UK arm was getting back on track. 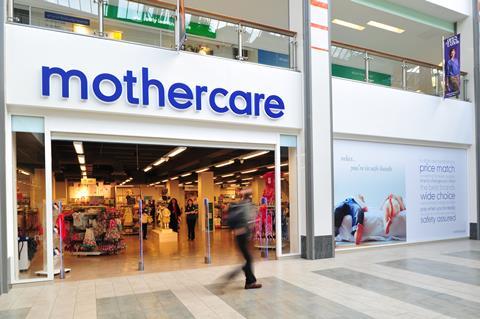 Mothercare reported rising profits in its first half

“The UK business has been distressed for some time,” he said. “It’s not made a profit for over five years, margins were in terminal decline for that period and sales, in line with margins, were dropping. We’ve seen a remarkable turnaround over the course of the last 12 months.

“We’re now seeing margins grow and that’s because we’re buying better and selling more at full price. We’ve moved away from competing with the discounters and supermarkets.

“We’re pleased with the progress, we’re heading back toward profitability after many years of decline.”

He said Mothercare remained committed to its international markets despite currency and economic volatility that resulted in a fall in both sales and profits.

“We have a long-term plan to build out Mothercare around the world. Two thirds of our estate is outside the UK and we believe that will grow. We’re planning out for the future,” he said.

“Quite simply there are 800,000 births in the UK and 140 million around the world [annually]. There will be wobbles in the economy. But we’re not going to batten the hatches and stop development.”

Mothercare operates 1,310 stores overseas, and Newton-Jones said there would be “significantly” more in five years, although declined to give a number.

He also said online was a huge opportunity overseas, as the channel makes up just 2% of sales in its international arm at present.