Arcadia tycoon Sir Philip Green has rejected testimony provided to Parliamentarians on Monday about the circumstances surrounding the Pensions Regulator’s knowledge of the £1 sale of BHS last year.

In a letter to the Business, Innovation and Skills and Work and Pensions select committees, Arcadia company secretary Adam Goldman said the regulator’s chief executive, Lesley Titcomb, was “incorrect” to claim that the body only became aware of the sale of BHS from newspaper reports.

He also countered allegations that a guarantee over BHS’s pension had been withdrawn and that BHS had paid out dividends until 2012.

The full text of the Arcadia letter can be read below: 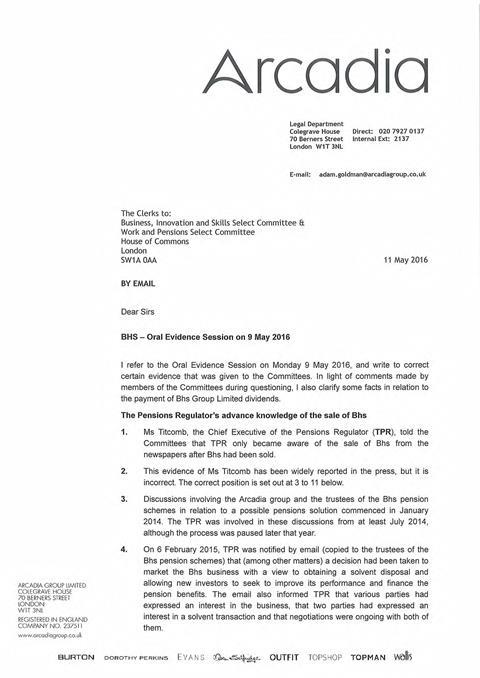 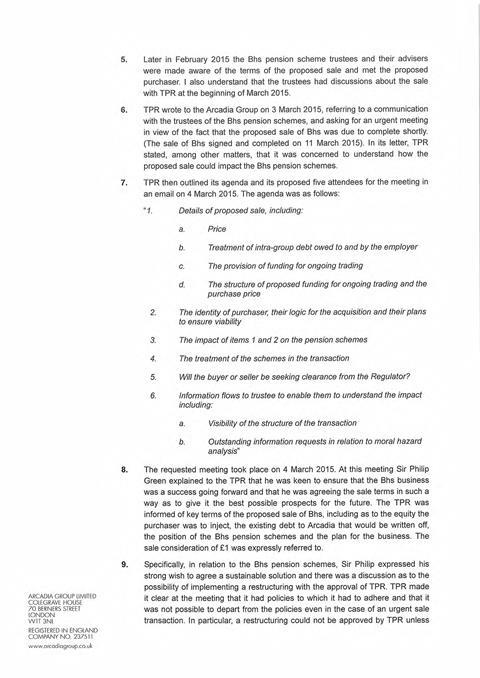 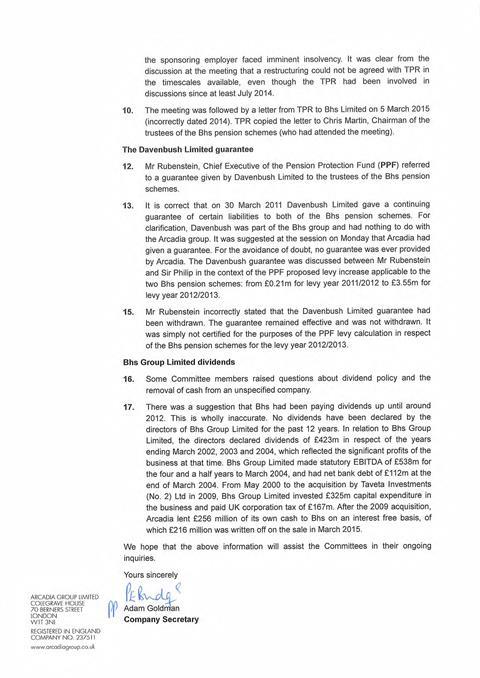