Australian accessories retailer Lovisa is to make its UK debut ahead of Christmas at the Trinity Leeds shopping centre.

Lovisa, which operates 220 stores globally, said it has identified the UK as its “biggest opportunity” for expansion and is planning a national roll-out. 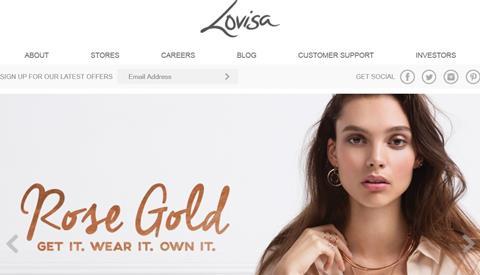 Australian accessories retailer Lovisa is to make its UK debut in Trinity Leeds ahead of Christmas.

Retail Week revealed in August that Lovisa was on the hunt for UK stores. The retailer, which is being advised by Savills, is expected to rival store groups including Claire’s Accessories.

The Trinity Leeds store will open December 4 after the retailer signed a five year lease.

Lovisa operates company-owned stores across Australia, New Zealand, Singapore, Malaysia and South Africa and franchised stores in Kuwait, the United Arab Emirates, and Saudi Arabia. It is not yet known how many stores Lovisa is planning for the UK or if it will launch an online operation here.

Lovisa chief executive Shane Fallscheer said: “I see the UK market as our biggest opportunity to date. Opening our first store in Leeds is a demonstration of our commitment to a national roll-out of Lovisa.”