Jeweller Aurum has rejected a takeover overture from Signet, its giant Anglo-American rival that controls chains such as H Samuel. 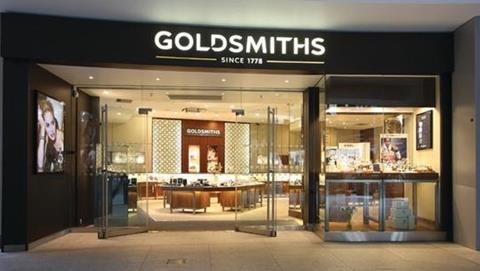 Want to know more about Aurum?

A source close to Aurum, which has been put up for sale by backer Landsbanki, the failed Icelandic bank, said its management had decided not to act on Signet’s expression of interest. The source said: “It did not fit with management’s plans of what it wants to do.”

Between five and 10 parties vying to buy Aurum, which owns Goldsmiths and Mappin & Webb, have begun making presentations to the retailer’s directors, including chairman Don McCarthy and chief executive Justin Stead.

Potential buyers are thought to be attracted by the prospect of expanding the jeweller internationally.
It posted £16.1m EBITDA last year.

It is understood that the 165-store jeweller will be valued at about £200m and a sale is expected within the next few months.

Buyers are also being sought for other Landsbanki assets including Hamleys and Iceland.

Landsbanki owns 67% of Aurumn, McCarthy 20% and the management holds the remainder.

Cavendish Corporate Finance is managing the sale process. Cavendish and Aurum were unavailable for comment. Signet declined to comment