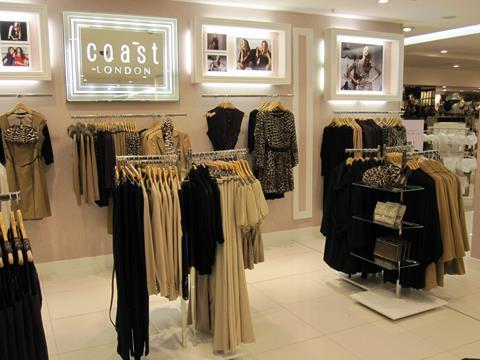 The parent retailer has appointed Hash Ladha, current group multichannel director, to the newly created role of deputy managing director at Oasis to oversee trading growth and drive market share. He takes up the role in the new year.

At the same time, group strategic development director Ish Patel is promoted to the new role of group omnichannel director responsible for IT, distribution and the multichannel technical team.

Since 2010, Aurora has introduced 90-minute delivery in the UK and international local language websites. It has also launched Anywhere Everywhere – a decentralised stock management system that allows the retailer to fulfil orders from both its distribution centre as well as its shops.

That means, for example, if a shop – including the online store –has sold out of a product the retailer can ship that item from another store that has it in stock. Formerly it could only fulfil from the central distribution centre.

Aurora is also ramping up the marketing team at its young fashion chain Warehouse. It has appointed French Connection director of ecommerce and digital marketing, Jennifer Roebuck, as marketing director. She takes up the role in February and replaces former Warehouse marketing director Lorraine Pringle, with a wider remit including ecommerce.

Aurora chief executive Mike Shearwood said: “We’re committed to ensure each brand is led by a strong, autonomous team that is as passionate about delivering a unique experience for customers as they are about driving growth.”