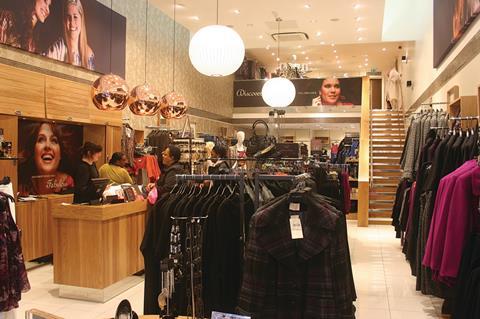 Womenswear retailer Irisa – formerly called Alexon – is to close almost a third of its standalone stores in the next four months, replacing them with concessions as part of a programme of store realignment.

The retail group – renamed after being bought out of administration by private equity firm Sun European in September – will close about 20 of its 68 stores.

Its plus-size Ann Harvey fascia, which has 35 shops, will account for the majority of the store closures, which will take place between December and March.

Irisa group chief executive Jane McNally would not reveal why the retailer is closing the stores, but said the closures are part of the group’s “on-going review of its property portfolio”, which has been under way since March 2010. It does not signal an attempt to exit all of its standalone stores, she insisted.

Although McNally declined to reveal the locations of the stores marked for closure, she said they will be predominantly Ann Harvey units that were once occupied by the now defunct brands including Envy and Bay Trading.

She said Ann Harvey will suffer the most store closures across Irisa because its customers prefer to shop online. 31 concessions across all Irisa brands will open next year across department stores including Debenhams, House of Fraser, Beales and Fenwicks, taking the group’s total number of concessions to 1,090.

“Wherever possible we have been trying to transfer business and some of the staff to a concession location in the same area,” McNally said.

Irisa will continue to invest in its online and mobile offer. The retailer, which was previously publicly listed, suffered declining sales and profits in tough trading conditions with sales during the first three weeks of August down 9% on a like-for-like basis.

It is thought Sun European –which also owns sofa retailer ScS –paid £19m for the retailer.