The introduction of carpets has helped drive revenue at the Sunderland-based sofa retailer. 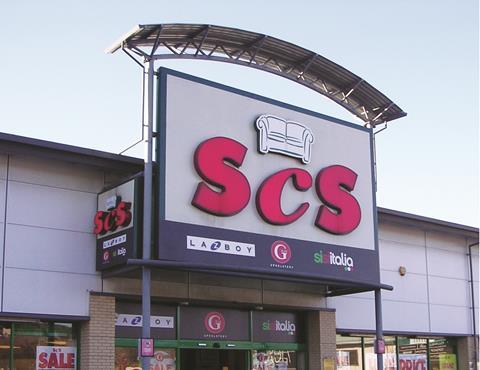 Having been bought in a pre-pack administration deal in 2008 by Sun European, significant changes have taken place at furniture retailer ScS.

The retailer, which originally sold fabric and leather sofas, has changed its name since carpets were introduced across the store network in April 2012, taking advantage of a lucky coincidence - the initials ScS now stand for Sofa and Carpet Specialists.

ScS had a difficult time of it during the recession, and in many ways the retailer’s story is a textbook example of the problems many big-ticket specialists faced.

Aggressive store expansion in the early 2000s followed by a sharp drop in trading around 2007 led to the retailer calling in the administrators the following year.

But benefiting from new ownership and from rivals such as Land of Leather hitting the wall, ScS has found firmer footing in recent years.

But while performance has started to improve, ScS is still operating in one of the most challenging sectors, and a dramatic fall off in margins reflects that. ScS’s operating margin of 0.3% in 2011/12 contrasts starkly with the double-digit margins it was regularly achieving a decade or so ago.

ScS expanded rapidly during the early 2000s and had 95 stores by 2007. Expansion was achieved by opening regional clusters of stores in areas including the Midlands, Scotland, the Northeast and Yorkshire, and the strategy worked well for a number of years.

Growth continued steadily until the middle of the last decade, when a combination of factors altered the retailer’s fortunes.

Like-for-like growth had been difficult to come by since 2005/06, but ScS’s problems began in earnest in 2007, when expansion halted abruptly following a sharp deterioration in trading across the sector, as shoppers cut back on big-ticket discretionary purchases and the housing market began to crumble.

The wider economic pressures were compounded by a withdrawal of credit insurance for ScS suppliers, and as the company started to face difficulties in meeting its day-to-day costs it was placed into administration and sold for £1 to Sun European.

The private equity house injected a total of £20m into the business in 2008, and since then the focus has been on restoring sales momentum - no mean feat as the challenging conditions continued.

ScS is positioned in the mid-market and goes head to head with the larger, profitable DFS.

To differentiate itself from its more successful rival, ScS has worked hard to broaden its appeal by introducing more upmarket brands, as well as the carpet offer.

ScS is based in Sunderland, where the first store was opened in 1975. Eight shops were open by the early 1980s, and in December 1997 the company was floated on the London Stock Exchange. Its first store outside the Northeast was in Stoke-on-Trent, and in 2003 the retailer opened its first store in Wales, in Cardiff.

While the punishing conditions in the big-ticket market have largely continued, there are glimmers of hope that the Government’s Help to Buy scheme could stimulate demand at retailers such as ScS.

With a continued focus on differentiation and an expected uptick in the market, the retailer will hope for a home run in the coming years.