Ikea is attracting acclaim after introducing a living wage over the Chancellor’s guidelines – a move that may have far-reaching consequences for retail. 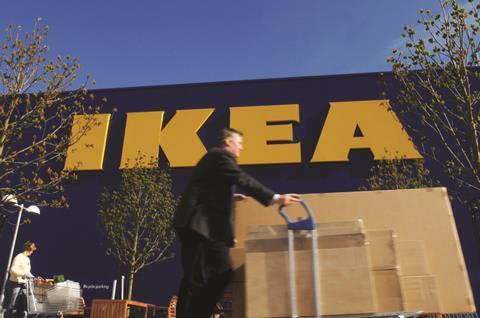 Ikea’s pay rise will also not exclude those under 25-years old, unlike the new rules set out by the Government.

Much has been made of retail being a labour intensive industry and the impact enforced pay rises has on retailers has been intensely debated since the introduction of the minimum wage in 1999.

Ikea predicts the April pay rise will cost it £7.5m during the next financial year because more than 50% of Ikea’s 9,000 workers will be impacted by this wage increase.

The move is likely to pressure other retailers to make similar moves, rather than just introduce the bare minimum pay rises required by government.

“Others are going to have to follow suit at the start of next year,” predicts Verdict Retail senior analyst Andy Stevens. “I think it really is a signal that retailers are starting to understand investing in staff is an investment in customer service.”

“I’m convinced that it is the right thing to do and it is good business and you will retain more co-workers and engagement will increase,” Hagild told Retail Week.

Rather than being a knee-jerk reaction to the Chancellor’s surprise announcement earlier this month, the move by Ikea has been in the offing for a while.

“I’m convinced that it is the right thing to do and it is good business. You will retain more co-workers and engagement will increase”

Hagild explains that Ikea has been looking into the pay rise for a “year or more” and has been in discussions with the Living Wage Foundation for “at least nine months”.

The decision ties into a wider transformation of Ikea’s employment practices, which also include the introduction of a bonus scheme in 2013.

Hagild added the retailer is also investigating how it approaches the contracted hours its staff work.

Currently 35% of Ikea’s staff are full time and the remainder are part time, while a “handful” are on zero-hours contracts.

Those on zero-hours contracts at Ikea are only on them by specific request and the retailer is currently exploring if it can offer part-timers more hours “as long as it combines with our business needs”, according to Hagild.

She added that this was all part of Ikea being a “values-based retailer”.

Ikea is also a privately owned company and with this structure comes greater flexibility.

“Public companies are obviously under a lot more pressure to maintain a level of profitability from shareholders and privately-owned companies are more inclined to take a longer term view of stuff like this,” says Stevens.

“We will probably see more flexibility from private companies but PLCs are some of the biggest retailers out there and will want to set an example.”

Meanwhile, Ikea staff do not earn commission unlike other furniture retailers.

A spokeswoman at recently floated ScS says that its retail sales teams already earn “on average higher wages than the living wage”.

However, it appears ScS will stick with the government prescribed living wage rather than that recommended by the Living Wage Foundation.

“We do have a small number of employees that will benefit positively from the changes to the living wage in April,” adds the ScS spokeswoman.

DFS has not yet returned a request for comment on whether it will follow the example of Ikea.

Some have hypothesised that those retailers that fail to act on wages, above and beyond what the Chancellor has put into law, could lose staff for store groups that pay more.

“People will want to work for someone who will pay you more per hour and retailers will have to take that into consideration,” says Stevens.

Ikea’s move will prompt some difficult discussions in the boardrooms of our biggest retailers, but the general move towards paying people more does have a clear positive impact for the sector – the boost to wages could end up in retailers’ tills.

“There are a huge amount of people on minimum wage so the impact will be felt by retail as a whole because people will have more money in their pocket to spend,” says Stevens.

“So any wage bill increase could be outweighed by an uplift in consumer spending.”

Ikea has taken a huge step in rehabilitating the retail industry’s image when it comes to fair pay. If others follow in Ikea’s footsteps memories of the pre-election bashing the retail sector got over its employment practices could begin to fade.