The appointment of a new chief executive should boost the retailer’s online and overseas targets. 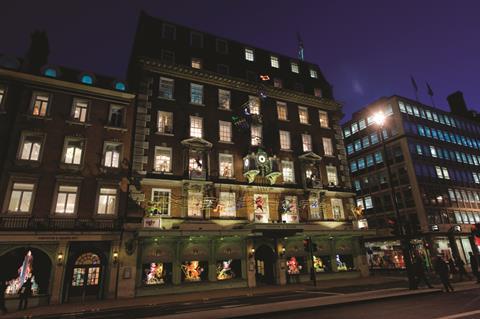 Ewan Venters will swap one luxury department store for another this month when the Selfridges director becomes chief executive of iconic retailer Fortnum & Mason.

Venters, who joins Fortnum & Mason mid-August, fills the gap left by the departure of long-standing chief executive Beverley Aspinall in April, who left to “pursue other challenges”. She had been in the role for seven years.

They join at a successful time for the profitable business, which is owned by Weston family vehicle Wittington Investments. Sales at Fortnum & Mason rose 7.9% to £54.9m in the year to July 2011. Pre-tax profits were £1.1m during the same period, up from £53,000 the previous year.

However, life has not always been rosy for the department store, which was founded in 1707. In the early 2000s the business suffered an almost continuous fall in like-for-like sales due to a variety of external factors not only putting off foreign visitors from coming to the capital, but also domestic tourists and shoppers – all key customers for the retailer. The September 11 attacks on the US in 2001 affected global travel, as did the outbreak of severe acute respiratory syndrome (SARS) around the same time. The London terrorist attacks of July 7, 2005 also discouraged shoppers coming to the capital.

However, investment in refurbishing the London store between 2005 and 2007, including creating sub-shops to replicate the counters at old-fashioned grocers, led to a gradual lift in sales.

But more setbacks were around the corner. In March 2011, Fortnum & Mason found itself at the centre of tax protests, when demonstrators taking part in an anti-Government cuts march occupied the store. The temporary closure of the store reportedly cost the retailer £54,000 in lost sales.

It encountered more difficulties later that year, when an IT glitch led to some customers not receiving their Christmas hampers in time for the holidays. The retailer said it would further invest in its new ordering system to make sure the error was not repeated.

Fortnum & Mason continues to invest in its operations, including a new distribution centre in Cambridgeshire, as well as improved IT systems.

While Fortnum & Mason does not split out its ecommerce sales, Retail Week Knowledge Bank estimates that in the year to July 2011, mail order and online sales were between £17m and 18m – accounting for 30% to 35% of total turnover.

With Venters’ online knowledge, the hope will be that the retailer can achieve the target for online – for the channel to account for half of all Fortnum & Mason’s sales. In the statement revealing his arrival this year, Venters said his background would be “put to good use in developing Fortnum & Mason’s multichannel retailing ambitions”.

However, ecommerce isn’t the retailer’s only priority: international expansion is also on the horizon. Fortnum & Mason is considering selling its wares – including tea, biscuits and marmalades – in shop-in-shops in Duty Free stores at major airports in the UK and abroad. Meanwhile, the business, which already has concessions in department stores in countries such as Australia, Russia and Canada, last year indicated it is also eyeing China, the Middle East and India.

The focus for Fortnum & Mason this year will be to continue to build. Despite a tough backdrop, the trend for all things British as well as the key summer events this year – the Olympics and Jubilee – should help keep the tills ringing at the retailer.