Amazon has unveiled a raft of eye-catching deals for Prime Day, a promotional event designed to win new members to its Prime subscription scheme. 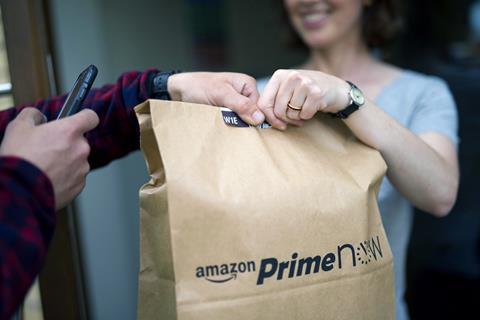 Amazon, which believes today’s promotion will bring more deals than Black Friday, is offering products such as 50-inch HD TVs from £230 and 50% off Bose noise-cancelling headphones.

There are also deals on popular beauty products, books and entertainment as well as baby and home, health and personal care.

Prime costs consumers £79 a year, entitling them to services such as unlimited one-day delivery of goods and streaming of films and TV episodes. In some parts of London, members can get one-hour delivery on more than 10,000 items.

Once shoppers are enrolled in the service, they are typically more loyal to Amazon and spend more with the etailer than non-members.

The promotional spectacular is being run internationally as part of Amazon’s 20th birthday celebrations.

Other retailers are reacting to the initiative. Walmart, for instance, is running its own event in the US with 2,000 deals and reducing the minimum order value for free shipping.