Etail giant Amazon is gearing up to sell chilled foods in a move that would shake up the supermarket industry, sources have told Retail Week. 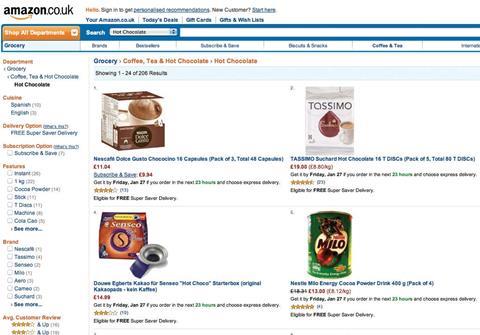 Amazon is “extremely well advanced” in launching its offer, according to sources, and is in the process of hiring chilled food buyers. It is also thought to be testing trial delivery routes.

The US Goliath already sells ambient and a limited range of fresh produce items in the UK but a move into chilled would fire a salvo against established online grocery players including Ocado.

Amazon delivers chilled foods in the US. However, Planet Retail analyst David Gray said it would find it difficult and costly to set up a a chilled food operation without large economies of scale.

“Online grocery is very expensive as you need quite short delivery windows of two to three hours,” he said, adding that temperature-controlled vans would also push costs up.

An Amazon spokesman said: “We’ve made no announcement and would not speculate on the future.”