Michael Kors has created a campaign for Chinese photo-sharing app In to coincide with celebrations for the Chinese New Year.

Michael Kors has created a campaign for Chinese photo-sharing app In to coincide with celebrations for the Chinese New Year. 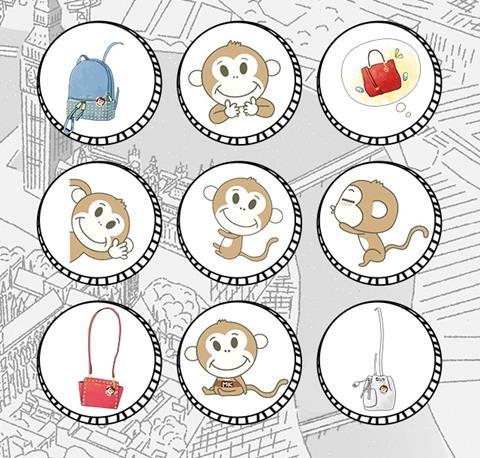 In, which is China’s largest photo-sharing app, has upwards of 60 million users. It allows them to apply stickers, filters and other editing tools to their photos before sharing them on social media.

Michael Kors has created 10 stickers for the app, themed around the Year of the Monkey.

In users can place stickers of the monkey, and several Michael Kors handbags, such as the Greenwich, Rhea, Selma and Sutton bags, on their photos. They can then tag their photos with the #MonkeyAround hashtag.

The stickers link to the brand’s existing Chinese New Year campaign, which featured an animated monkey celebrating in cities around the world.

The retailer also created a range of products for the holiday, including a selection of monkey charms.

It is thought to be the first time that a luxury fashion brand has partnered with the app.