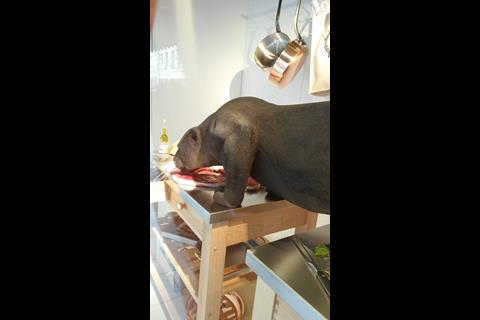 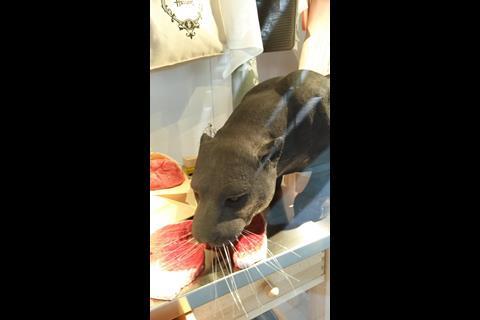 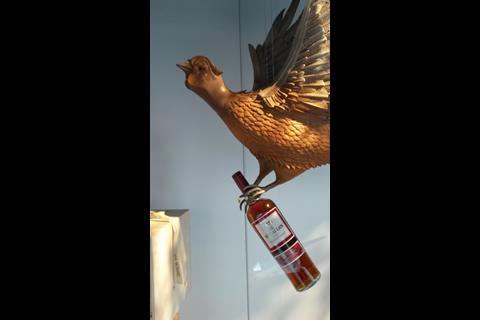 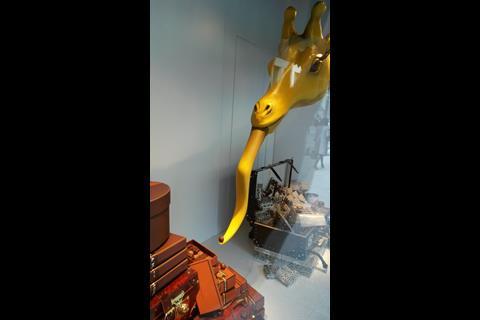 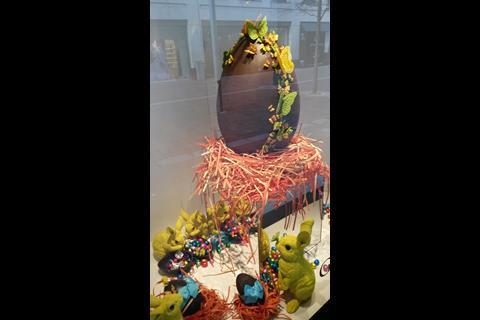 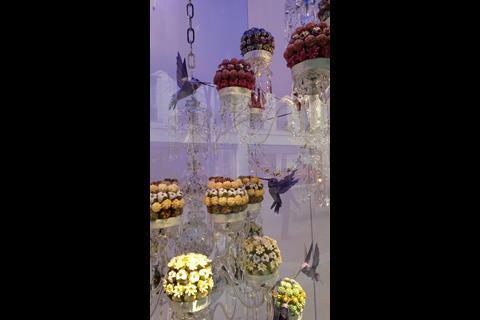 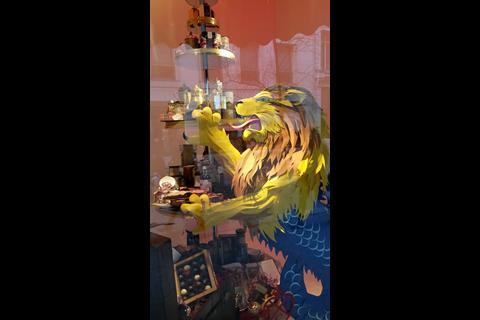 Harrods is promoting its food halls by letting animals take over the windows on the eastern side of the Knightsbridge department store.

For London Fashion Week, food, rather than modish designer clothing, is the theme that has been given to the windows along Harrods’ eastern elevation with different animals in each window being used to promote various food categories.

They range from a black panther, which crouches over a large hunk of meat on a butcher’s block, to a giraffe, or a giraffe’s head, which uses a long tongue to reach for a single chocolate. The scheme was installed on Saturday and will be in place until the end of March.