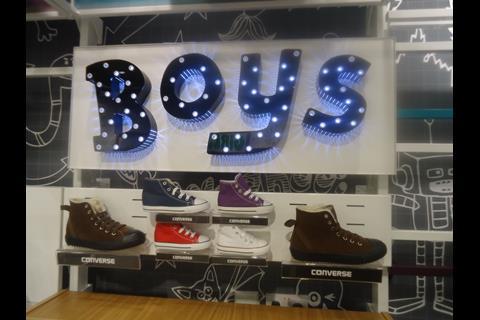 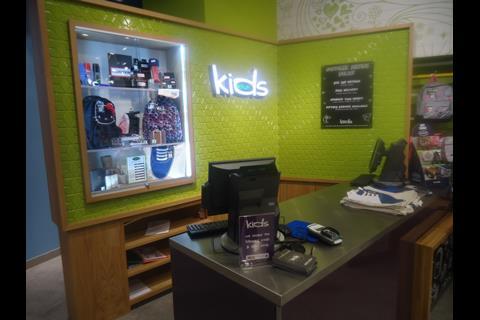 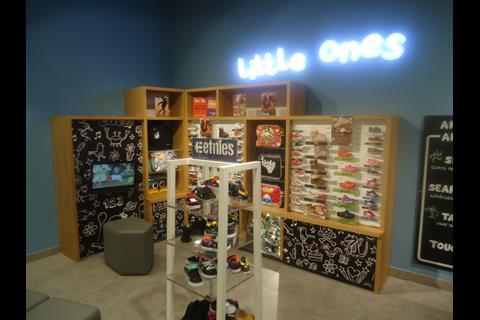 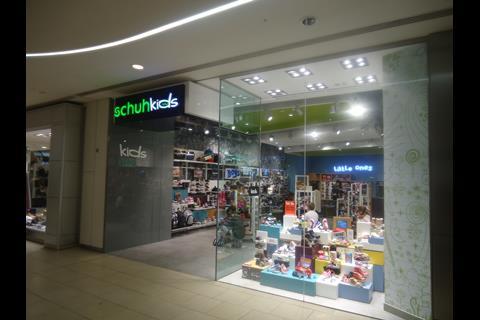 Schuh has opened a standalone Kids version of the adult store, in Lakeside. The new format, single-floor store is one of three pilot Schuh Kids stores with branches in Glasgow’s Braehead and Liverpool One also having opened.

The store interiors of all three follow a concept created by design consultancy Briggs Hillier that divides the space between “Boys”, “Girls” and “Little Ones” around the perimeter, with the mid-shop being used for branded footwear display equipment and low banquettes.

The checkout uses green tiling and the two sides of the shop have been given different wallpaper in order to emphasise the gender divide. There are also screens with video games for children, close to the cash desk.

A member of staff said that the Lakeside store, which opened on Friday, was “doing much better than Braehead” and that it had been busy since opening.