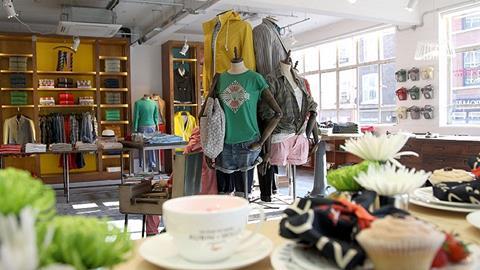 The store’s selling space is set on the middle of a three-floor former warehouse.

The lower floor has been converted into a cinema and the top floor is an art gallery.

Jack Wills, which is aimed largely at students, launched Aubin & Wills in summer 2008 to appeal to an older age group of 25 to 35-year-olds. Aubin & Wills now has seven standalone stores and a concession in Selfridges. It is looking for further sites in the UK as well as expansion overseas into the US and Japan.