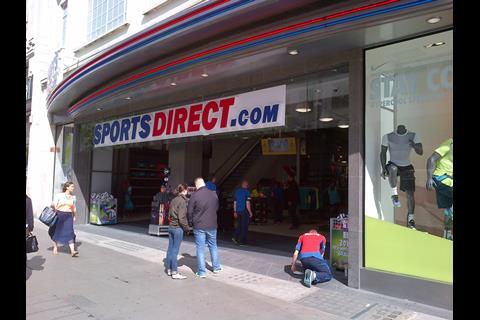 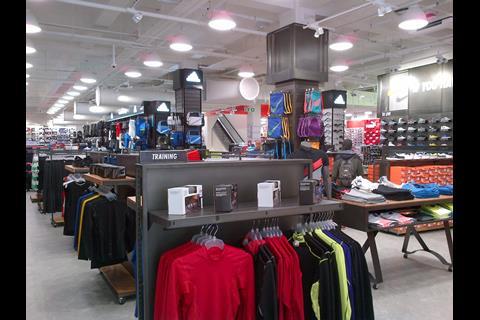 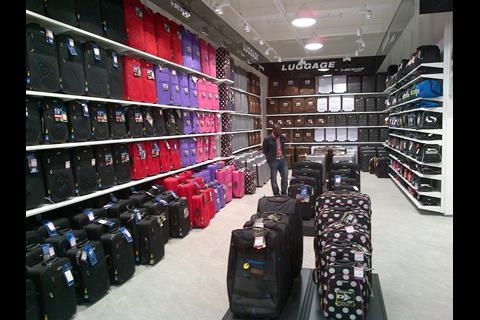 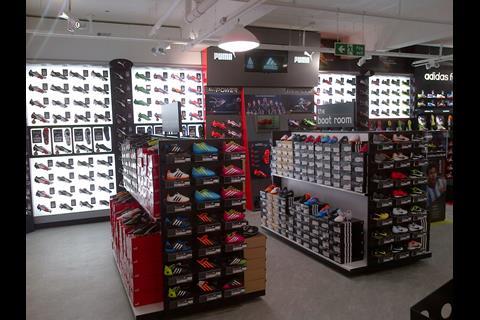 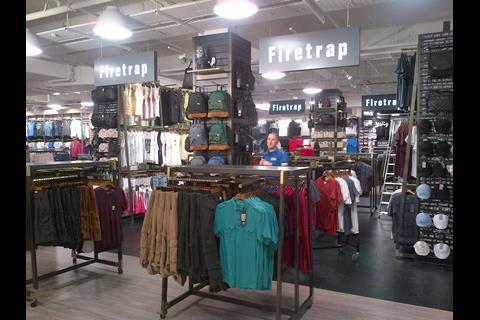 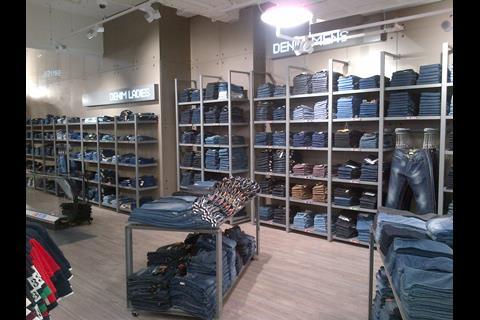 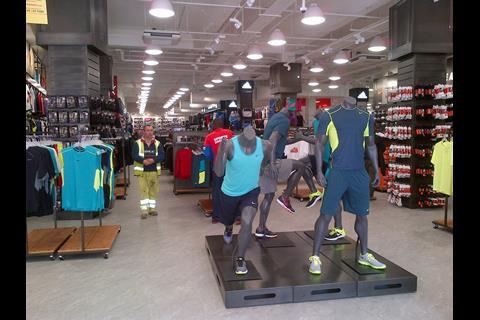 Sports Direct opened the doors to its new flagship yesterday evening in the former HMV behemoth at the east end of Oxford Street.

Head up to north London and pause when you get to Camden High Street. On the west side there’s a branch of Sports Direct. It’s been there, seemingly, forever, and it has always looked, like many of the stores along this inner London thoroughfare, like the sort of place that you go to because you have to, rather than because of any innate shopping impulse.

The store is packed. Packed with stock and so densely merchandised that it’s hard to find your way around, much less to find the item of sports clothing that you are in search of, unless it’s some kind of jogwear-cum-training clobber, which seems to be everywhere.

This is a store that stands as testimony to the twin dangers of over-merchandising a sales floor and to creating the impression that everything is cheap. The outcome is a place that shoppers visit in their hordes, but rarely do they enjoy the experience, which surely is not the desired outcome for any retail interior.

And to an extent, this is the popular vision of any store that bears the SportsDirect.com logo. Yet it is not this way everywhere and a couple of weeks ago a branch opened on Oxford Street that goes a long way towards standing such an impression on its head.

The Oxford Street store is on three and a half floors – the half floor being something of an afterthought.

In total the selling area is around the 60,000 sq ft mark, making this a very large store indeed. This should hardly be a surprise when it is considered that the site used to be the HMV flagship, from which that retailer decamped in mid-2013. That it was something of an Oxford Street landmark in its HMV incarnation is beyond dispute. In its last days, this was where legions of mostly middle-aged men raked their way through racks of DVDs and CDs in search of the lost sounds of their youth.

Whether the same demographic will beat a path to the new store is a moot point, but there can be little doubt that this one is likely to be as influential on this part of east Oxford Street as HMV was before it. If only because it is a very large space with a lot of merchandise options.

What will really mark the store out however, is the contrast between it and other branches in Sports Direct’s portfolio. Stand at the very extensive entrance to this shop and the view is impressive.

In the normal Sports Direct run of things you’d be hard pushed to see much beyond the first few metres owing to the sheer merchandise density.

On the ground floor of the Oxford Street flagship however, a combination of a high ceiling, pendant lighting and real walkways that allow the shoppers to see where things are, make this something of an eye-opener.

The other thing immediately apparent to the casual visitor is the prominent position given to the mega-sports brands. This translates as pole position for Nike, just inside the front door, with its own distinctive fit-out and a strapline that reads: “If you have a body, you are an athlete”. It is followed by large branded areas for Puma to the left, and Adidas to the right. The Adidas area has its own ‘Neo’ wall in bright green, which demands to be looked at as the shopper heads towards the back of the floor.

And the back of the floor is home to training and running shoes with branded perimeter walls carrying offers from brands such as Puma, Reebok and Skechers. In front of this there is an area for ‘men’s training’ where the jogging bottoms and fleece tops are displayed on mid-shop pieces of equipment that have dumbbells at their ends. It’s a simple device, but one that makes a mundane category more interesting.

This is a cavernous floor and perhaps for this reason, having run out of ideas on what to stock in the way of sportswear, the left-hand part of the back wall has a display of baseball caps followed by a luggage department. Little pretence is made at making the latter a sports offer. It looks and feels like an exercise in space filling and was not attracting close inspection by shoppers on the day of visiting.

This part of the floor is also where the cash tills are located. And while the front of the shop has the sense of a contemporary sports retailer, this area feels like an unreconstructed discount operation with Sports Direct-branded bags stacked up the wall behind the counter.

Take the escalator to the basement and the feeling of mild confusion increases as the visitor encounters a space with a lower ceiling, a series of branded casualwear offers. Many are brands that Sports Direct has a stake in or owns, including Field & Trek outdoor clothing, Firetrap’s fashion offer, a SoulCal surf-inspired shop-in-shop and a Pulp rock memorabilia T-shirt shop.

There are actually six standalone Pulp shops in the UK – in Leeds, Liverpool, Manchester, Nottingham, Edinburgh and Glasgow. The mild puzzle about this outpost is that while the operation has now made it to Oxford Street it is hard to understand how potential shoppers will get to know about it, so unsigned is its presence in the store. Even the staff were wondering whether shoppers would find it.

Also worth noting on this floor is the denim shop, which would pass muster in most retail contexts.

The challenge of change

The first floor has football as its major sport and there is not a great deal to say about the area other than that it feels very much more crowded than the ground floor owing to a lower ceiling and a stock density that feels considerably closer to Sports Direct norms.

The backlit football boot wall displays are, as in other Sports Direct stores, a feature that stands out. And in common with the ground floor, there is a somewhat low-rent feel to the cash taking area. Perhaps this is about setting expectations, or maybe it’s just a case of keeping costs under control.

Finally, if the will is there, the much smaller second floor plays host to running, golf, swimwear and cycling and there is a selection of items to cover the basics for practitioners of any of these sports.

On balance, this flagship represents a sea change for Sports Direct and most of the ground floor, where the action is, can meet the Oxford Street competition head on. The real challenge is to take what has been done here and to export it to other locations and stores.