Martin Harris, the son of Carpetright founder Lord Harris, is planning to open a 200-store nationwide flooring retailer in the summer. 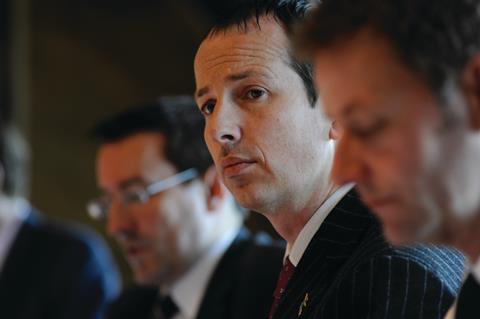 Martin Harris, who left Carpetright last year after 23 years, told Retail Week there is a gap in the £2bn floorings market for another national chain. He insisted he is not trying to take on Carpetright, which his father founded in 1988.

Harris said his business would target more affluent shoppers than those Carpetright attracts.

He said: “There’s a gap in the market and there’s enough room in the market for more than one national retailer. There’s room for us both. Our markets are different. I’m aiming at [demographic classification] BAs.”

Carpetright holds 24% of the floorings market at present. Independents account for the majority of the rest of the market, although department stores and United Carpets also have a significant presence.

Harris added his father had been “supportive” of the move. “He’s always known I’ve wanted to do something on my own,” he said. Lord Harris also stepped down from Carpetright last year, after handing over the reins to Wilf Walsh.

The move represents a further sign of confidence in the big-ticket market. ScS floated on the stock market last month and DFS is lining up its own IPO as demand for furniture picks up amid the economic recovery.

Harris has recruited renowned businessman Sir Harry Djanogly as chairman. Djanogly is a former non-executive of Carpetright, serving from 1993 to 2005, and was chairman of textiles and retail giant Coats Viyella.

Harris declined to reveal details of his financial backers but said he was able to launch the business debt free. He added that he was still finalising a name for the retailer.

““I don’t think I got an opportunity [at Carpetright] to express what I wanted to do. Everything I’ve learned over 20 years I’ll be able to express”

He said there is scope for 200 stores in five years and will consider both in-town and out-of-town locations ranging from 2,000 sq ft to 10,000 sq ft.

“Once we get the format right we can expand it quickly,” said Harris. He said he wants the stores to be “destinations” for shoppers.

“I want people to get excited about the transformational affect a new floor can have on their home,” he said. “I want them to be inspired. Retail in flooring is a bit bland. I want the shopping experience to be a pleasure not a chore.”

Harris said he will leverage his extensive experience of the industry to offer something unique for the shopper. “I don’t think I got an opportunity [at Carpetright] to express what I wanted to do. Everything I’ve learned over 20 years I’ll be able to express,” he said.

The retailer will source direct from suppliers and also use wholesalers, as opposed to manufacturing its own product.

It will also launch a website that will operate more as a marketing tool rather than a sales channel, Harris said.