Sex toy etailer Lovehoney is the latest retailer to take centre-stage in a TV series, with a fly-on-the-wall documentary named Frisky Business to debut next month. 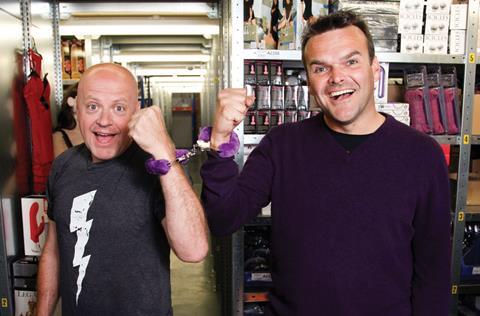 The six-part series, which will air on Sky Lifetime from March 26, follows life inside the Bath-based retailer and carries the tagline “meet the team turning Britain on”.

Broadcasters have discovered that retailers are a big draw for viewers, who have tuned in to see shopfloor fiascos and the inner workings of some of the UK’s best- known businesses.

Lovehoney joins a throng of retailers grabbing airtime on the small screen. Discount retailer Poundworld is currently the focus of BBC One fly-on-the-wall documentary Pound Shop Wars and department store Liberty starred in a three-part series on Channel 4 before Christmas.

Iceland owner Malcolm Walker, who starred in last autumn’s BBC series Life in the Freezer Cabinet, said the show was “very positive for staff morale and recruitment”. Walker said daily hits to the retailer’s careers website trebled after it aired.

The show did not result in a “sales bonanza” at Iceland, although the sales of some of the products featured in the programme were boosted , Walker said.

Lovehoney recorded a leap in full-year profits from £750,000 to £2.25m in its year to March 31. Sales soared £8m to £23.6m as the retailer benefited from demand for its exclusive Fifty Shades of Grey licensed range and increasing public acceptance of sex toys.