John Lewis is to sponsor the Commonwealth Games this year on the back of the huge success it had supporting the 2012 London Olympics, Retail Week can reveal. 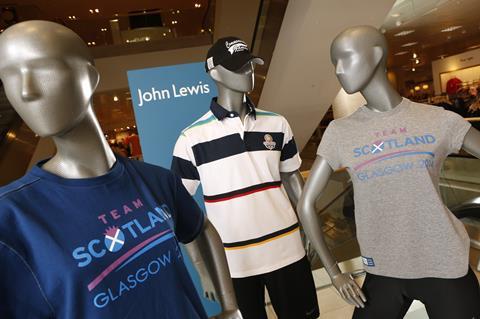 The department store group, which joins sponsors including Ford and Virgin Media, will furnish the Athletes’ Village as well as sell official merchandise in a similar vein to its deal with Locog and London 2012.

John Lewis retail director Andrew Murphy told Retail Week: “We had such a fantastic experience of being a sponsor of the London Olympics. It was the first time we had tried anything like that. Along with all the benefits of merchandise, it had a positive effect across the business for all our partners. That made the Commonwealth Games attractive for us. There was an opportunity to build on the Olympics in another part of the UK that was too big to miss.”

Murphy said sporting achievement fits with John Lewis’ ethos and that selling merchandise would help make the Commonwealth Games, which kick off in Glasgow in July, a success. He said that during the Olympics the sale of merchandise was John Lewis’ “contribution to a great Games”.

Murphy added that the retailer would also benefit from increased brand awareness both in the UK and abroad as the Games are televised across the Commonwealth.

The retailer will offer members of its my John Lewis loyalty scheme the chance to obtain tickets. “We’re thinking up some very interesting ways of getting customers and partners involved,” said Murphy.

Murphy said John Lewis would consider striking more partnership deals of this ilk in the future, across sporting events and festivals. “We find customers really appreciate it,” said Murphy. “It speaks to the issue of quality of life and good values.”

Murphy said the retailer is planning a number of events to celebrate its 150th anniversary this year.