Convenience across both bricks and mortar and online puts Screwfix ahead

Tools supplier Screwfix – winner of The Hewlett Packard Enterprise Multichannel Retailer of the Year – beefed up its customer experience.

The efforts Screwfix has made to be the most convenient retailer for its shoppers across all channels has been hugely successful.

The specialist has invested in bricks and mortar and online with a raft of initiatives that stunned the judges with their scope and focus on improving customer experience.

Over the past year, Screwfix opened 60 new stores for the fifth consecutive year, meaning that 90% of the UK population now live within 20 minutes of one of its outlets.

“Screwfix is tirelessly extending its routes to customers and putting them at the heart of its development, all while consistently improving its own retail performance”

While many multichannel retailers have shied away from bricks-and-mortar expansion in recent years, Screwfix has made it a pillar of its growth strategy and plans to open a further 200 stores in the coming years. It is clear this is a tactic that is paying dividends – like-for-likes climbed impressively last year.

The growth of the retailer’s estate is striking, but it is how Screwfix used its stores to further its multichannel proposition that stood out. 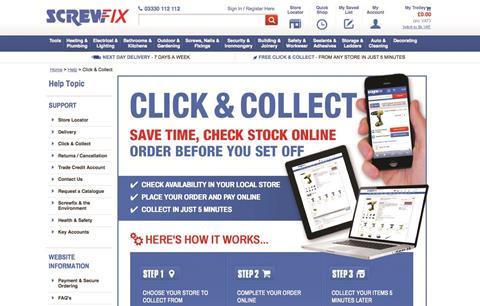 One judge said: “Screwfix is tirelessly extending its routes to customers and putting them at the heart of its development, all while consistently improving its own retail performance.”

The retailer’s click-and-collect service allows users to collect an item in store five minutes after ordering it online, or through Screwfix’s mobile app. The service has proved so popular that the bulk of Screwfix’s online orders now come through the app and average customer spend has risen.

The retailer has also forged ahead with next-day delivery, which it extended to include Sunday delivery last year. Since expanding its delivery capabilities, usage of the service has soared.

Screwfix has developed innovations across its business without sacrificing the more traditional elements of its proposition.

“This is a retailer that knows exactly who its customers are, is doing everything it can to serve them and has broken out of speciality retail to take on larger competitors by doing so”

The judges were impressed with how Screwfix’s ongoing investment in multichannel had created value.

From the 425,000 customers that shop in Screwfix’s stores every week to the 600,000 weekly visitors to its mobile site, it is clear this retailer is shrewdly investing in the channels its customers want to use. 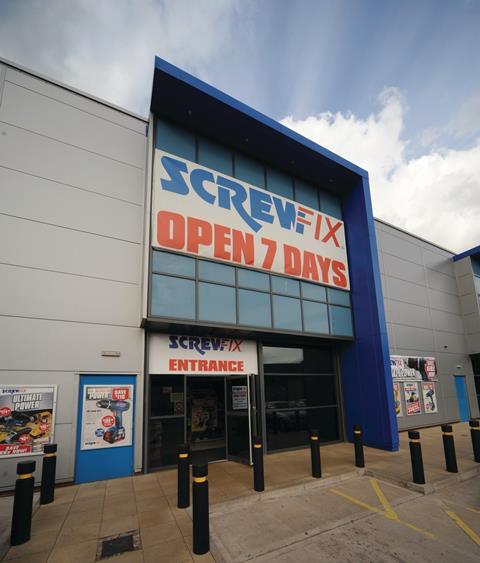 The retailer’s multichannel initiatives created 1,000 new jobs last year, indicating its investment in this offer is good for the business as well as its customers.

One judge said: “This is a retailer that knows exactly who its customers are, is doing everything it can to serve them and has broken out of speciality retail to take on larger competitors by doing so.”

Giving customers the flexibility to shop however suits them is key to any good multichannel offer, and doing so while delivering impressive growth set Screwfix apart for the judges.

Hewlett Packard Enterprise is an industry-leading technology company that enables customers to go further, faster. With the industry’s most comprehensive portfolio, spanning the cloud to the data centre to workplace applications, our technology and services help customers around the world make IT more efficient, more productive and more secure. Hpe.com