Morleys Group is a chain of independently owned department stores operating in the South East.

Its original department store in Brixton has been trading since 1927 and the group currently has seven stores across Greater London, plus an outpost in Newbury.

Its Brixton and Tooting stores trade as Morleys, but it operates under a variety of different fascias in its other locations. These include Roomes of Upminster, Pearsons of Enfield and Elys of Wimbledon. Its Newbury store trades as Camp Hopson.

While its stores each have their own image, they all sell a full department store offer covering beauty, womenswear, menswear, children’s toys and clothing, furniture, home and kitchenware.

Latest news and insight on Morleys from Retail-Week.com 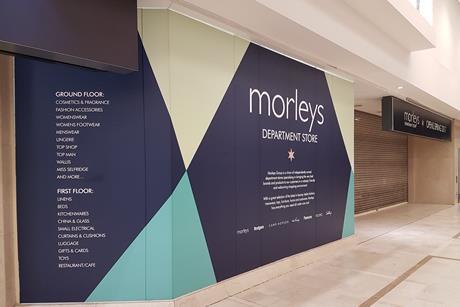 Department store retailer Morleys has appointed Neil Stockton as its new finance director as the company looks to expand its operations.