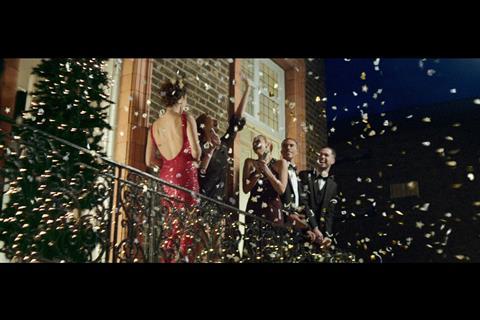 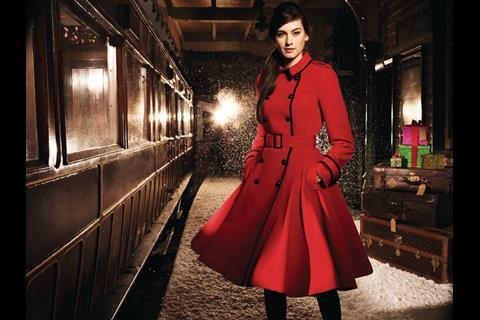 The Jonathan Saunders/Edition coat is expected to be a top seller this Christmas. 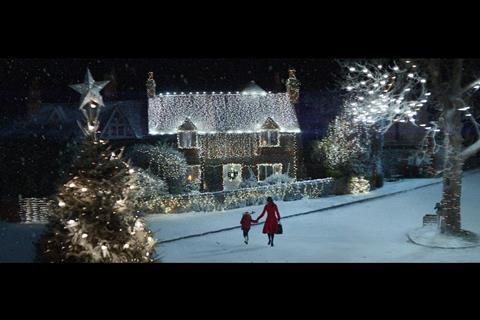 The advert airs on Wednesday, November 7 on each of terrestrial TV channels’ biggest shows – at the end of Coronation Street on ITV, Grand Designs on Channel Four and during Dallas on Channel 5.

Debenhams group marketing director Richard Cristofoli said: “Some retailers make the mistake of trying to break a new campaign at the busiest, noisiest time of year.

“The British public love a good Christmas ad, which is why we have been building up to this moment from the start of our ‘Life Made Fabulous’ brand campaign in 2011.

The ad features a woman’s journey home for Christmas, taking in moments such as party-goers celebrating on a balcony, a man haplessly wrapping gifts for his girlfriend on a train and a little girl dancing with her granddad. It also features sights of the designers hard at work in their studios as the advert’s protagonist passes by.

Although Cristofoli said the retailer had erred away from a John Lewis-style weepie, he said there is a “glassy-eyed moment” in the ad.

The hero piece is a red Jonathan Saunders for Edition coat £150, worn by the lead actress throughout her journey home.

Cristofoli said: “That coat is the one to watch. It’s the consistent thread throughout the journey and stands out beautifully. People will remember it, which is why our merchandising teams have been working hard to guarantee good stock levels in preparation.”

The music in the advert is a track called “Illumielle” by German composer Jo Blankernburg and the tag line is ‘Wherever you are this Christmas, make it fabulous with Debenhams’ giving a festive twist to the familiar ‘Life Made Fabulous’ strapline.

The Debenhams’ Christmas TV campaign will be supported by print advertising, including Aurasma enabled ads. This allows readers to see the TV ad on their smartphone by scanning the print version in front of them.

As well online activity on Debenhams.com and Debenhams TV, the store has also created an online hub to encourage customers to share photos of their Christmas moments. Each week the best submission will win a prize at christmasmadefabulous.com.