More than 3m sq ft of new retail space is expected to be created in London’s West End over the next two years as stores aim to cash in on booming tourism. 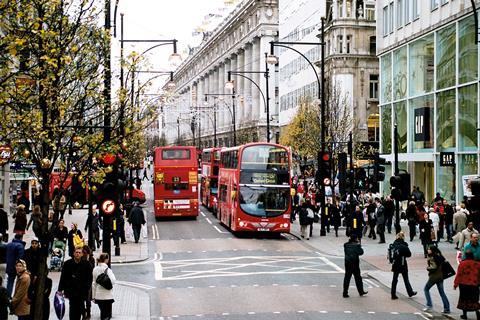 The space will come onto the market throughout 2015 and 2016, the first time in half a century that such a significant volume of retail space has become available. 300,000 sq ft of this will be created on East Oxford Street.

The plans have been unveiled in a report conducted by the New West End Company and Jones Lang LaSalle which also reported that West End retail sales hit £11bn.

West End retailers received 390 million shopper visits over the course of the year, with 18.7 million tourists flocking to the area from 120 countries. This number is expected to jump to 35.1 million tourists in 2015.

According to London’s West End: Review and Outlook, which was also compiled by Heart of London Business Alliance and Shaftesbury PLC, London’s retailers are expected to reap the rewards with a projected 4.3% rise in retail sales across the capital in 2015.

Spanish fashion giant Zara and US children’s TV channel Nickelodeon are among those to have signed up to open in the West End this year, after 80 new brands from across the world opened in the area in 2014. They included Victoria Beckham, Hunter and Watches of Switzerland.

“With an unrivalled interplay of retail, leisure and hospitality industries, it is not surprising that the West End continues to outstrip its competitors with retail sitting at the core of the area’s economic output.

“Existing retailers want to upsize and international brands are vying to locate here with the upcoming pipeline of new retail spaces in the core West End set to fulfil this demand.”