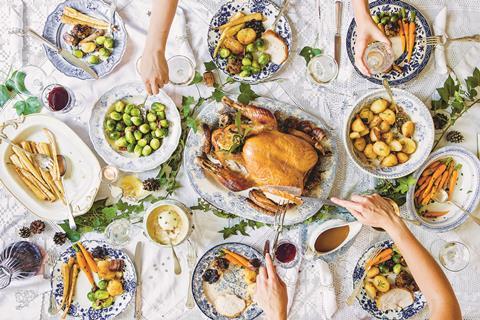 However, while the industry was hit by consumers snapping up gifts on Black Friday (November 28), the food sector grew for the first time since April.

Online sales of non-food products in the UK rose 7% in December compared to a year earlier, when it had grown 19.2%.

KPMG head of retail David McCorquodale said: “Extensive discounting disrupted the timing and rhythm of Christmas spending. Between Black Friday and Boxing Day retailers and consumers engaged in a three-week dance, each waiting for the other to take the lead and as a result sales suffered.

“It’s now clear that Black Friday did pull festive sales forward into November, and this created a challenging lull in spending with consumers waiting for future bargains. This situation did not reverse until the week of Christmas.

“This difficult stop/start sales environment has been undoubtedly challenging, but most retailers have managed to achieve a flat, but respectable, sales performance this Christmas: time will tell on margins.”

McCorquodale added: “2015 is likely to bring more of the same, and the big four grocers have already signalled they will cut prices to secure sales. Non-food retailers will fare better, but whilst consumer confidence remains fragile, these too are vulnerable to shocks, be they political or economic.”