Department store chain Fenwick has hired former Tesco executive Christine Cross as a non-executive director as it bolsters its board. 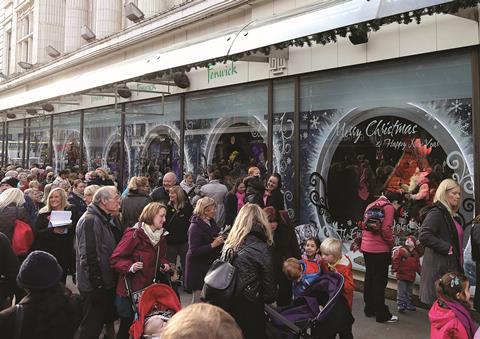 She will take up her position on the Fenwick board today and was hired for her wide-ranging experience.

Cross held a series of senior non-food retailing roles at Tesco between 1989 and 2003 and later joined PwC as chief retail and consumer services adviser between 2010 and 2013.

She began her career as an academic. At present she has board advisory roles with Monsoon/Accessorize and Javelin.

Fenwick has also hired Alastair Kerr as a non-executive director to draw on his experience across companies including White Stuff, Mothercare and The Body Shop.

Kerr was a non-executive director at White Stuff between 2009 and earlier this year and held senior executive positions at Mothercare and The Body Shop, and more recently worked at kitchenwares retailer Williams-Sonoma.

Fenwick chairman Mark Fenwick said Kerr and Cross “both bring significant and wide experience which we believe will be of real benefit to the business”.