Asda’s Barry Williams take a swipe at Morrisons, Screwfix is called upon by Pudsey Bear and SuperValu’s comedy roadworks sign. 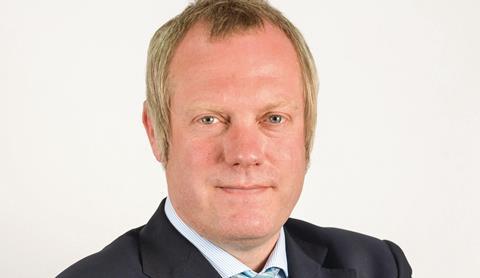 Asda is the latest supermarket to stick the boot into Morrisons as tensions rise in the grocery sector.

He said he was so astonished by Morrisons’ level of vouchering in recent weeks that he thought the grocer had hired a new chief to drive it.

“I was under the impression that when Mervyn King retired from the Bank of England he was at home putting his feet up,” quipped Williams.

“But he’s alive and well in Bradford undertaking quantitative easing.”

Expect more back-biting between the big four as the market continues to tighten.

Grin and Bear it

Screwfix’s call centre in Yeovil had a new face manning the phones last week. Screwfix marketing director John Mewett reveals it was the real Pudsey Bear at the call centre and dismissed the notion it was him inside a costume. However, Mewett was among the 100 volunteers across the business who answered almost 2,500 calls. To keep energy levels high a bouncy castle was laid on.

This sign outside a SuperValu store in Northern Ireland prompted amusement when it did the rounds on social media – thanks to Michael O Laughlin for pointing it out. If by any chance it is not real, it should be.