Singer Jessie J switched on the Oxford Street lights last night (Tuesday) as retailers gear up for the busiest trading period of the year. 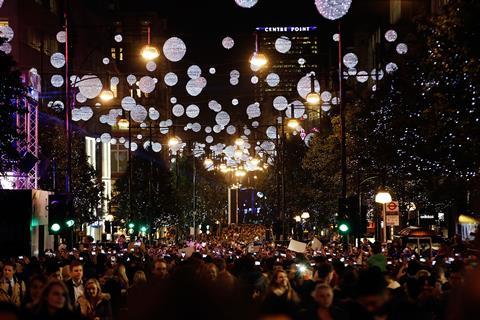 The Oxford Street Christmas lights switch-on cost £1.5m and is seen as the official start of the festive season in the West End, which traditionally rakes in over £1bn in sales during the period.

Jessie J said: “The lights switch-on is a prestigious part of the festive season for Londoners and I’m proud to be a part of it.”