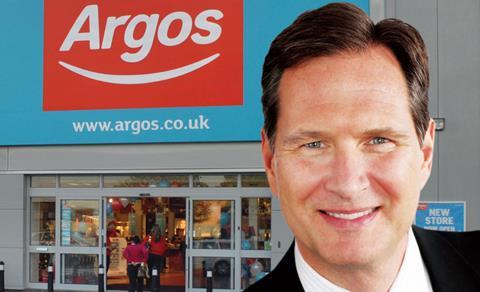 He believes this new consumer mindset pulled forward sales and consequently resulted in Argos’s sales slowing down year on year during the beginning of December.

Walden said: “It affected trade before Black Friday week and certainly affected trade after when there were several categories where there was a pull forward that took away from what might have happened in the immediate weeks after.

“Our view is consumers expect discounts for Black Friday and for the weeks before and afterwards people expected to see deals and if they did not see deals they held off a bit.”

“Overall we would say Black Friday is positive because when we look at our overall results, the important issue for us is profit”

Despite his comments, Walden still believes Black Friday is a “force for good” for Argos customers and the company.

He said: “Overall we would say Black Friday is positive because when we look at our overall results, the important issue for us is profit. When you look at profit we have guided people to expect profit growth in Argos and the wider company.”

Walden speculates that it is “hard to imagine” that next Black Friday will be bigger and expects retailers to plan differently next time.

He said: “I think the size of the week and of the day being what it was we and other retailers are going to have to plan for bigger peaks than we planned for previously.”

Argos sales were up 45% on the day of Black Friday, while Argos’s websites received more than 13.5 million visitors, a three-fold increase on the previous year.

However, Walden believes Argos “missed some sales opportunity” on categories including toys and jewellery as it focused its aggressive discounts on electrical products.

A trial of the hub-to-home service, which will allow Argos to deliver products direct to customers’ homes from its larger stores, is progressing slowly.

Walden said: “The trial is not as representative as we hoped to have it over the course of peak trading so we’ve still got a bit of work to do to complete the trial. The plan is to get hub-to-home rolled out on a national basis once we have ironed out some of the operational challenges in the next calendar year.”​

Argos, which is owned by Home Retail Group, reported like-for-likes edged up 0.1% for the 18 weeks to January 3.​