Online mattress retailer Eve Sleep has confirmed its float on AIM – the London Stock Exchange’s high-growth market – by way of a conditional placing.

The start-up’s flotation is being managed by stockbroker Peel Hunt.

The sleep brand, which aims to disrupt the European sleep market – worth an estimated £25.6bn – has expanded to 12 countries since launching in 2015.

The fast-growing bed-in-a-box retailer manufactures and sells mattresses with next-day delivery and a 100-day return policy.

This has been met by other rivals in the newly dynamic category, such as Casper, Simba and Dreams-owned Hyde & Sleep.

Eve chief executive and founder Jas Bagniewski told Retail Week it was looking to expand its product range and become more of a ‘sleep brand’.

He said that, although around 10% of mattress sales currently occur on the internet, there is scope for further penetration.

“A lot of customers see it as an efficient way of buying a mattress. It’s a product that’s typically unpleasant to buy offline. Customers awkwardly lie down to test them out for a few seconds, and it’s difficult to understand the choice because they look the same,” he said. 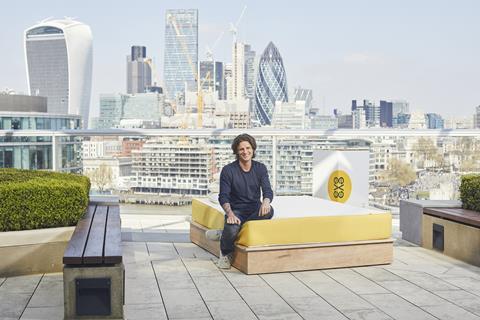 Eve currently sells vacuum-sealed beds across the UK, Germany, Switzerland, Belgium, France, and the US.

The firm has raised over £17m to date from a range of investors including City fund manager Neil Woodford, Channel 4, venture capital fund Octopus, and former Capita boss Paul Pindar.

With a focus on digital marketing, Eve has grown without the need for a high-street presence. However, it does operate pop-up concessions at department stores including Debenhams, Fenwick and Next.