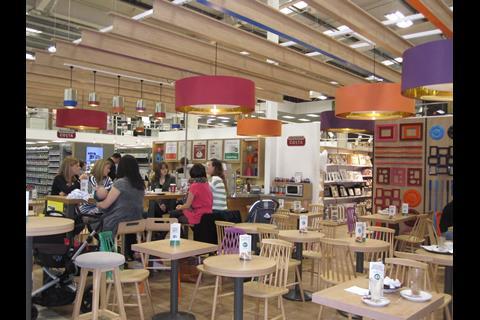 The café, run by Costa, is located in what Homebase boss Paul Loft called a “prime” spot in the front of the store 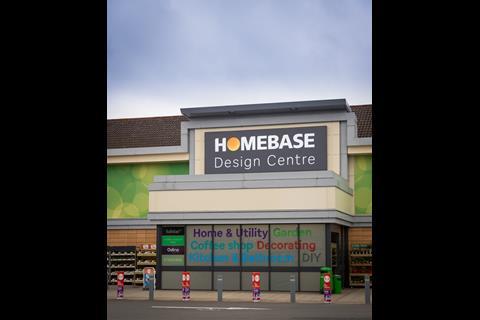 The Worcester store, the first iteration of the second phase of its remodeled format, also has a new fascia positioning Homebase as a Design Centre 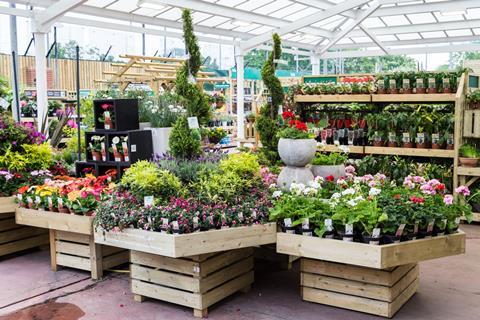 The new look garden department now features wooden fixtures, lower levels, and more displays and is being rolled out to 40 of Homebase’s 323 stores. 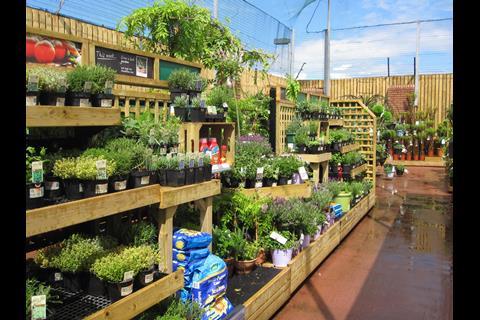 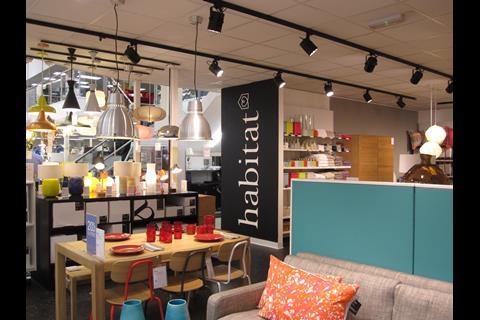 Habitat is in 16 Homebase stores and will be in 40 by the end of the year. 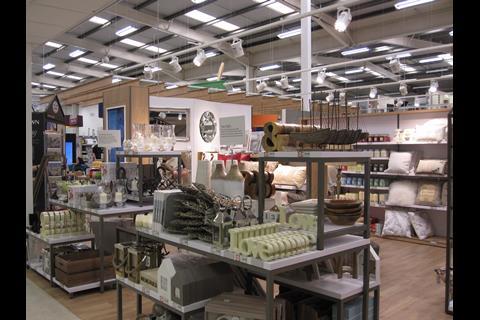 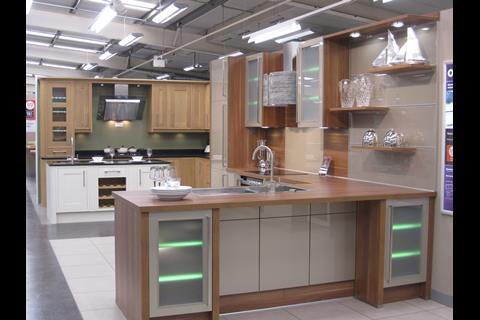 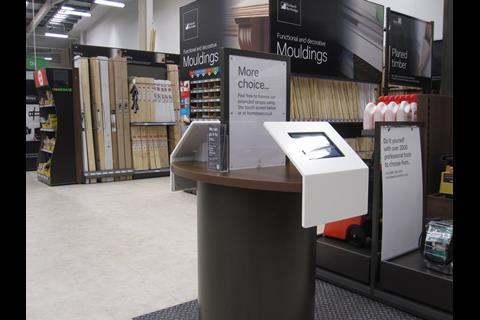 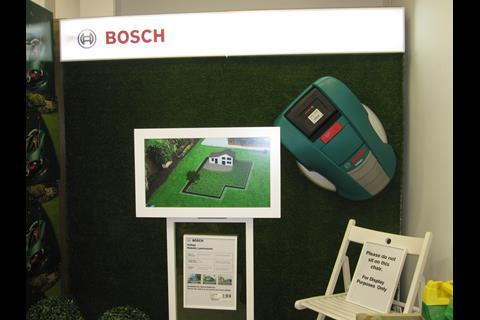 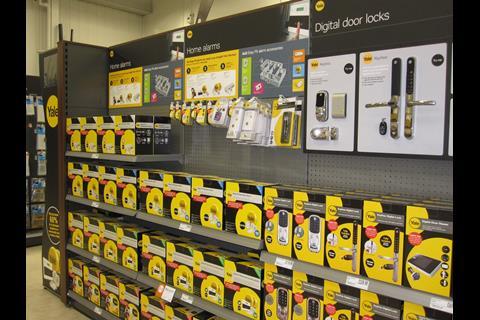 Homebase is selling a digital security system in partnership with Yale 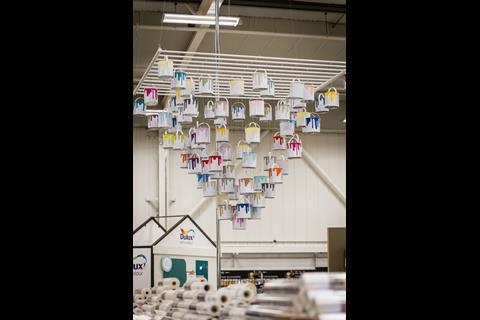 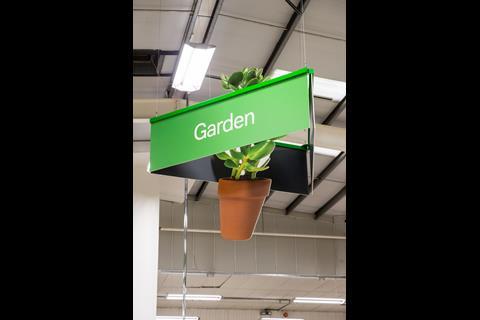 Homebase has introduced clearer signage in its Worcester store 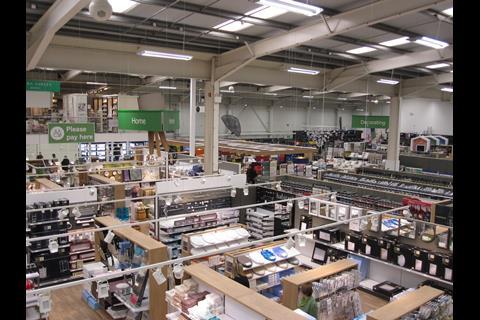 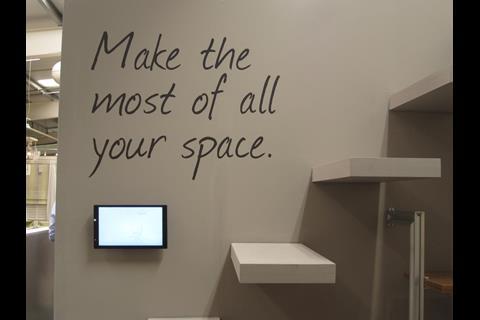 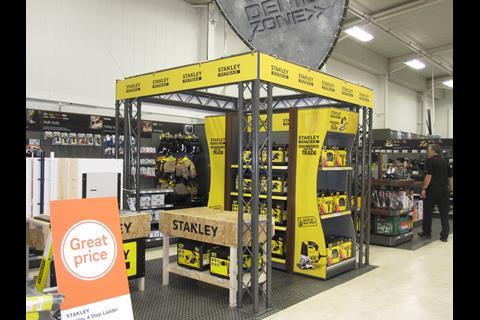 Homebase boss Paul Loft said the DIY department has been "completely re-looked at".

Homebase has opened a new format that features its first cafe and a focus on inspiration as it bids to enhance its appeal with female shoppers.

The Worcester store, the first iteration of the second phase of its remodeled format, also has a new fascia positioning Homebase as a Design Centre, an improved horticulture offer that tries to recreate the best of independent garden centres, a revamped DIY section, and clearer signage.

The cafe, run by Costa, is located in what Homebase boss Paul Loft called a “prime” spot in the front of the store as the retailer aims to increase dwell time.

Loft said: “The café is a clear change for us. We’ve also changed fixtures, we’ve got a bigger plant range, and DIY has been completely relooked at. It’s a big upgrading of the brand.”

Homebase has also upped the number of hours worked on the shop floor by 20% in order to improve service standards as part of its ‘Liberation’ project. That initiative will be rolled out to the further 24 stores that have been earmarked for a revamp, and will be paid for by efficiencies and sales uplifts. The number of hours worked across Homebase’s remaining stores will go up 10%.

The retailer is also upping the level of staff training on product knowledge to include flood defenses as well as behavioural training so colleagues can recognise when shoppers need help.

The Worcester format follows the first phase of the revamp programme that last year launched in 15 stores, where sales are up by between 15 and 20%, and forms part of Homebase’s plan to increase its appeal with its core female shopper, who represent 60% of Homebase’s customer base.

It is a point of difference Homebase is increasingly aiming to leverage, reflected in its focus on soft furnishings and garden, as well as its roll out of sister brand Habitat concessions. The retailer is even in discussions with influential networking site NetMums about it holding meetings in Homebase stores.

Netmums founder Siobhan Freegard, who was holding a meeting in the Worcester store on Tuesday, said the new format welcomes women. “We think of it as quite a male store but it’s completely changed now,” she said.

Loft said Homebase typically targets two shopper profiles; the home and garden enthusiast and the DIY enthusiast. He said the Worcester store targets the former and therefore the customer there is “more likely to be female”. “Our aim is more spend from existing customers,” he said.

The store also contains digital elements, including a revamped CAD design tool that enables shoppers to see a 360 degree 3D image of their new kitchen in a mockup of their own home, which Loft claims is a first for the industry. There are also digital screens with advice on projects, and others that allow customers to shop the full range online.

Homebase has also launched personalised coupons at the till that are based on customer transactions and preferences and linked to Nectar data. Loft said Homebase is also considering launching iBeacons, that involve sending personalised promotions to shoppers’ smartphone as they wander the store.

Worcester also sells innovative products including a wireless Bosch robotic lawnmower that cuts grass unaided, retailing at £1,299.99, and a digital security system that checks if doors and windows have been locked properly and alerts the user via a smartphone message if there is a problem.

As well as hosting the cafe, the front of store has been devoted to inspiration ideas; a typical DIY store will push seasonal products in this space. “That’s not an easy thing to do for a retailer,” said Loft. “It’s usually stuffed with product. But shoppers were saying they wanted displays and people to help. Research showed shoppers would stay longer.”

Loft said as a result Homebase has had to be clever about utilising space. The retailer has removed slow moving lines, and installed fixtures that use space more efficiently. In the revamped DIY department, for example, the footprint has been reduced by 30% but the range is bigger and there is also an added demonstration area.

He said that he can see a future where a Homebase store has “much less” stock than the 24,000 SKUs they typically hold today as consumers shop the entire 100,000 product range online. Loft said space would instead be devoted to more displays and demonstration areas.

He said Homebase is aiming to “differentiate for the home and garden enthusiast” by revamping its plants offer.  The department now features wooden fixtures, lower levels, and more displays and this look is being rolled out to 40 of Homebase’s 323 stores. It is a key manoeuvre for Homebase; garden represents a third of its revenues.

The store also features a revamped home offer, with wooden floors and what Loft describes as a “department store feel” with product stacked on white low level tables. “There’s no trace of a DIY store,” said Loft.

The Worcester format is set to be rolled out to a further 24 stores in the estate, including Bishops Storford in two weeks and Waltham Cross after that. Homebase is investing about £1m per store and suppliers have invested in the new format, which has a strong emphasis on brands including Dulux and wallpaper specialist Graham & Brown.

Loft said the 1,500 sq ft “mini Habitats” are proving “massively successful”. The contemporary furniture brand, acquired by Homebase parent Home Retail in 2011, is in 16 of the DIY retailer’s stores and will be in 40 by the end of the year. “The performance has been excellent,” said Loft. “We’re rolling it out. Habitat fills a gap. It definitely brings more spend from our existing customer, and in places may bring in a new customer.”

Homebase retail director Graham Heald said: “We’re taking it to some parts of the country who’ve never had a Habitat before, such as Truro.”

Homebase will also host Argos shop-in-shops after an opportunistic trial in its Dunfermline last year. “That store took a lot of money, it didn’t cannibalise Homebase sales, and the customer reaction was good,” said Loft. “Our view is the traffic will help.”

The retailer has also been investing in its online offer. It launched a new digital platform this month after making a “significant” investment, according to Loft, who said checkout, images, and search have all been improved. Homebase now offers 15,000 products for next day or named day delivery, and he said the ambition is to extend that to all lines eventually.

Loft said there are also plans to build a suite of apps to give advice on what to buy for certain projects. It launched the first of these apps, Plant Finder, in September.

Homebase has enjoyed a return to growth, with full year like-for-likes rising 5.9%, and Loft said Homebase is gaining share after a strong performance in garden and big ticket drove the uplift, as well as improvements in multichannel. He added that the market was being boosted by the increase in mortgage transactions.

Watch a video interview with Paul Loft in the Worcester store.