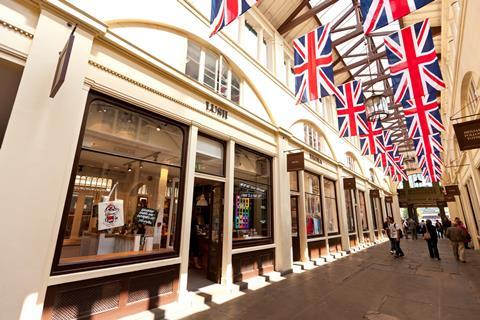 Lush, famous for its wide array of bath bombs, has had a tough time since the credit crunch hit. But now its domestic performance is improving and soaring overseas sales are adding some fizz to the business.

Shoppers are more likely to smell a Lush store – there are 100 in the UK and 700 internationally – before setting eyes on it. The retailer sells almost 300 product lines, all made from fruit and vegetables, essential oils and safe synthetics that do not contain animal ingredients.

Founded in 1995 Lush was viewed by consumers as a direct rival to the well-established ethical beauty retailer The Body Shop because of its stand against animal testing and the promotion of its natural products, which it manufactures itself.

That is no coincidence because in the late 1970s Mark Constantine and Liz Bennett (née Weir) set up a firm producing freshly-made products for The Body Shop.

The business grew to become The Body Shop’s largest supplier, but this led to concerns at the retailer that many of its product formulations were owned by another company. This resulted in a £9m buyout of the business by The Body Shop in 1988.

After a failed attempt at starting up a mail-order company, Cosmetics To Go, Constantine and Bennett along with Constatine’s wife Mo, Rowena Bird, Helen Ambrosen and Paul Greeves from Cosmetics To Go, set up Lush, which was viewed by consumers as a fresher, more trendy version of the The Body Shop.

Sales have more than trebled at the retailer over the past six years, while it has also continued to report healthy profit margins.

Recently it has been its international business that has smelled sweetest, helping to drive a 10.1% group sales jump to £272m, including revenue from its manufacturing arm, in its year to June 2011.

Despite its international prowess, the UK retail subsidiary has been loss-making since 2007 – although figures are skewed as the retailer buys all of its stock from its own manufacturing arm.

In the UK, Lush has come under pressure since supermarkets and other health and beauty retailers started to sell natural, animal-friendly products, and other players such as Origins and Neal’s Yard Remedies upped their game.

The Body Shop is still a major player in the market, although it too has been impacted by the economic downturn.

But Lush’s performance has improved over the past two years with positive like-for-likes, and its store opening programme, which it slowed down from 2007, has resumed.

Lush’s website was hit by a prolonged attack from hackers between October 2010 and January 2011, which compromised the credit card details of some of its customers. This is likely to have stalled sales growth across the channel.

The health and beauty retailer branched into in-store spas in 2009 and opened its sixth site in Edinburgh at the beginning of the month. It is understood to be on the hunt for a central London site to open its largest store.

Meanwhile, Lush continues to differentiate itself from its competitors successfully, offering customers a fun, quirky experience that is communicated through its products, packaging and marketing.

More needs to be done to return the UK retail business to profit and Retail Week Knowledge Bank believes that costs could be cut through tackling the uplift in staff costs to sales ratio.

Management will want to ensure that sales momentum continues and that Lush can soak up the Christmas cheer to improve on last year’s 5% UK like-for-like jump over the festive season.