Pharmaceutical giant Alliance Boots has emerged as one of a number of bidders battling it out to buy the Co-op’s pharmacy chain. 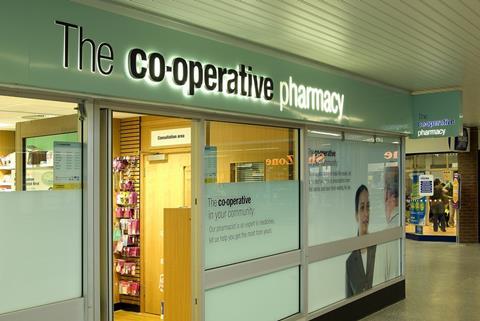 Bidders placed preliminary offers yesterday ahead of the key meeting of Co-op members tomorrow, where members will vote on reforms to the Co-op’s governance structure proposed by Lord Myners.

It is unclear whether Alliance Boots is bidding for the whole of the pharmacy chain which comprises 750 stores, said Sky News.

It comes after Alliance Boots yesterday revealed a 0.4% increased to its annual trading profit to £1.4bn.

The beleaguered Co-op Group wants to sell off its pharmacy business as the company attempts to turn its fortunes around after posting a £2.5bn full-year loss last month. The Co-op chain is expected to be valued at £600m after delivering pre-tax profit of £67m in its last financial year.

The Co-op and the bidders for its pharmacies business declined to comment on the sale process.