Sainsbury’s boss Mike Coupe insists the grocer has “over-delivered” on its strategy, despite reporting plunging profits during its first-half.

The supermarket giant pledged to invest £150m in price, improve the quality of 3,000 own-label products, pilot new store formats and make £500m of operational cost savings across a three-year period, when it unveiled its strategic review a year ago.

Despite making progress in each of those areas, Sainsbury’s pre-tax profits dropped 17.9% to £308m in the 28 weeks to September 26.

But Coupe hailed a near 3% growth in transactions and a 1% increase in sales volumes as evidence that the grocer’s “lower regular prices” were resonating with shoppers.

“We are executing our plan, broadly speaking we have delivered on all the fronts we have set out to and, if anything, we have over-delivered”

It invested £80m into price during its first half and has vowed to plough a further £30m into cutting prices before the end of the financial year, as it commits to closing the price differential to discounters Aldi and Lidl. But Coupe admitted he “doubted” that Sainsbury’s would ever achieve price parity with the German duo.

Sainsbury’s said it is “ahead of plan” on its cost saving programme after cutting £115m of operational costs during its first half and has increased its full-year guidance to £225m, while new formats are being piloted in both c-stores and supermarkets.

Coupe said: “One year on, we are pretty pleased with the progress we have made. We are executing our plan, broadly speaking we have delivered on all the fronts we have set out to and, if anything, we have over-delivered.

“Our customers perceive us to sell the best quality products in the marketplace and our challenge is to continue to invest in quality to make sure we maintain and improve that differential against our competitors.”

Sainsbury’s like-for-like sales fell 1.6% during the period, outperforming its big four rivals, but Coupe warned there was “still work to be done.”

He added: “The market remains challenging and will remain challenging at least for the next six to 12 months. We can’t call the turn today in any way, shape or form.” 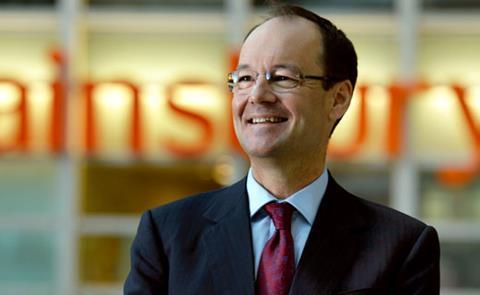 Sainsbury’s boss Mike Coupe insists the grocer has “over-delivered” on its strategy, despite reporting plunging profits during its first-half.

Coupe said that Sainsbury’s still has around 1.5m sq ft of excess space spread across 150 of its larger stores that it wants to make better use of. The grocer is aiming to roll its Tu clothing brand, travel money kiosks and shop-in-shops run by third party partners including Argos and Jessops to utilise the space “more efficiently.”

The grocer’s online business grew sales by 7% as order numbers jumped 14%, while sales in its convenience stores rose 11%. But Coupe again remained tight-lipped on the progress of Netto – almost 18 months after securing a deal to bring the Scandinavian discounter back to the UK – but reaffirmed plans to reach 15 stores by the year end.

He said: “We have nine stores open and trading. It was the first anniversary of the first one opening on November 5, so we are beginning to analyse the data which gives us more insight into the overall performance and we can see trends more accurately.

“We will look at where we go with our partner in the early part of the next calendar year, but so far so good and there are certainly learnings we can take back into the rest of the business.

“Even if it was massively successful and we decided to open 50 to 100 stores a year for the next five years, it would take a long time for it to be material in its contribution to the profitability of this business.”

Meanwhile Coupe backed the views of Tesco boss Dave Lewis, after he urged the Government to consult retailers over policy changes.

Speaking at the Confederation of British Industry (CBI) conference, Lewis called for a culture of “consultation, collaboration and co-operation” between the industry and the Government that would give retailers more of a say on certain policies, including changes business rates and the implementation of the national living wage.

Coupe said: “The issue of business rates is something we have been talking about as an industry for a very long time. We currently pay close to £500m in business rates so it dwarves our corporation tax bill. Sainsbury’s as an organisation is the sixth largest tax-payer in the UK, but is the 75th largest corporation.

“We feel the retail sector – and the bricks-and-mortar property based retail sector – bears a disproportionate burden of taxation in the UK. We’ve been talking to the Government about this for many, many years.”

On the premise of adding the national living wage into the equation, Coupe added: “I certainly agree with the underlying principle that we should pay our colleagues more money and that’s a journey we set out on a couple of years ago.

“But there is a consequence – not necessarily for companies like Sainsbury’s – of increasing a number of things across a number of fronts and there may be some undesirable outcomes from that.

“Clearly it will put more pressure on the high street than would have existed previously – that might be an undesirable outcome from some of the policies being implemented.”