Ocado has revealed its first full-year pre-tax profit, almost 15 years since it was founded. We take a look at twists and turns in the etailer’s long road to profitability. 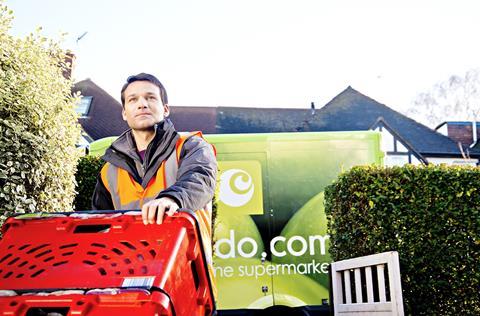 October 2000 – Ocado enters into its first branding and sourcing arrangements with Waitrose.

May 2001 – Ocado begins to equip a temporary warehouse and starts piloting deliveries in October 2001.

June 2001 – Originally trading under the name LM Solutions, the company changes its name to Ocado Limited.

May 2005 – Ocado expands its delivery area further to cover more than 10 million households.

July 2006 – The etailer makes 50,000 deliveries in one week for the first time since its formation.

November 2007 – The business enters the black with its first positive EBITDA, but has yet to make a profit at an EBIT level.

July 2009 – The Ocado On the Go iPhone app is launched, with delivery services opened up on Sundays.

June 2010 – After months of speculation, Ocado floats on the stock exchange having reported a profitable final quarter for the first time as a public company.

July 2010 – Ocado slashes its flotation price to get its controversial IPO away. The retailer said its shares would be valued at 180p to 200p a share, rather than the initial proposed range of 200p to 275p.

September 2012 – Ocado says it could be forced to sell its new warehouse to raise cash. The etailer appoints Duncan Tatton-Brown as its new chief financial officer.

November 2012 – Simon Belsham, the group’s head of non-food, announces he is leaving, just 18 months after joining Ocado from Tesco to drive its expansion into non-food areas including homewares.

May 2013 – Morrisons signs a deal with Ocado to help launch its own online grocery service.

February 2014 – Jason Gissing, one of Ocado’s co-founders, announces his decision to retire.