The Co-operative Group has unveiled its governance reform proposals as it aims to modernise and professionalise the business. 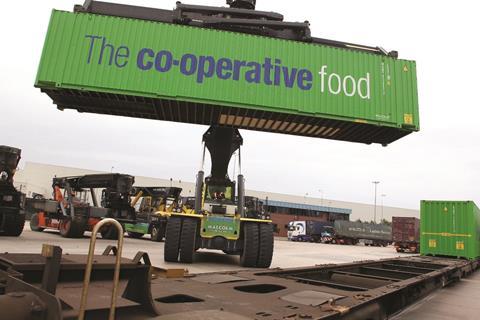 The group, which has suffered a period of crisis and instability when it unveiled a massive deficit in its bank and its chief executive quit, aims to reduce its board from 18 to 11.

The group said recruitment of the new board will begin immediately.

A council to represent members and to act as “guardian of the group’s Purpose, Values and Principles and the Society’s Constitution” will be formed under the proposals, and will “have the power to hold the group board to account”. It will be composed of a maximum of 100 members and will be led by a president, elected for a term of two years.

The Co-operative proposes a senate be elected by the council, which will help co-ordinate the activities of the council and to “act as a nexus for interactions between the council, the board, the executive and members”.

The Co-operative Group interim chief executive Richard Pennycook said: “The executive team welcomes today’s announcement and supports the proposed reforms. This is a significant step towards meaningful reform and, if accepted by members at the forthcoming special general meeting (SGM), will mark the end of the rescue phase for the group, following the necessary balance sheet repair that we have recently completed.”

Co-op appointed Lord Myners to perform a review of the structure of the mutual, and the group said the proposals have been drawn up based on the four key principles of reform agreed unanimously by members at the SGM on May 17, 2014: elected members are qualified to lead the complex Co-op group; the new structure can hold the board to account for performance on values and principles; a move to ‘one member, one vote’ system; and the inclusion of provisions to protect against de-mutualisation.

The Co-op has decided not to adopt Myner’s recommendation that the democratically elected members of the Co-op be removed from the board. The Co-op has instead proposed that the board should include three elected Co-op members. It will also comprise an independent chairman, five independent non-executive directors, and two executive directors including the chief executive

A new ‘rule book’ details the proposals, which will be put to a vote at a SGM on August 30.

The Co-operative Group board has approved the proposals and it recommends that members “vote in favour” of the governance changes at the SGM. The group executive has also given the proposals its backing.

Pennycook added: “We look forward to the support and challenge that will be provided by the highly competent and independent board that is proposed, and to working closely with the new council to ensure that the group once again becomes a champion of its members.

“We will publish our half-year results on September 4, a few days after the SGM. I look forward to setting out the priorities for the rebuild phase of our turnaround. These will be designed to begin the delivery of our new purpose – ‘championing a better way of doing business for you and your communities’ – and to once again make membership meaningful for the largest co-operative in the UK.”

The Co-operative Group chair Ursula Lidbetter said: “These governance reforms represent the final crucial step in delivering the necessary change to restore the group and return it to health. This has been a process built on co-operation, focusing above all on creating a society where every member has a voice in shaping the group’s future.

“I would like to thank our members for their engagement in building a governance structure that strengthens the society and enhances member engagement and our unique democracy.”

Ian Snaith, of law firm DWF LLP, acted as independent legal adviser to the group. He said: “These reforms will increase member control of the society. For the first time every member will have a direct voice in electing directors and council members.

“To improve the quality of business decisions, an elected board will have the skills and experience it needs to provide effective challenge to the executive inside the decision-making process.

“The council and senate will maintain and improve active member involvement at all levels of the society and the council will hold the board to account for its business strategy and its application of Co-operative values and principles.

“All society members can make key decisions in society general meetings and by direct votes. The proposed rules include full protection against demutualisation. These reforms provide the international co-operative movement with an exciting new model for the governance of large co-operatives.”

The full proposals can be viewed at www.co-operative.coop/proposed-rules.