Booths has slumped to a pre-tax loss after food price deflation and Storm Desmond dampened its full-year performance.

The northern grocer posted a pre-tax loss of £6.5m for the year ending March 26, compared with a £1m profit the prior year. 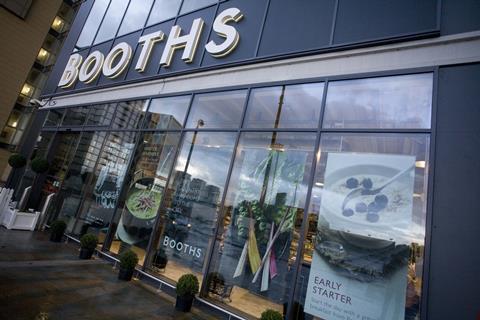 Booths has posted a pre-tax loss of £6.5m

The upmarket grocer was forced to shutter two key stores following the catastrophic flooding in its heartland including its supermarket in Keswick, which closed for six months following the storm.

Booths added that the decline in its profits was driven by a series of one off costs, including a £6.7m non-cash impairment charge, £1.6m of restructuring costs and £1.4m in refinancing costs.

It also increased capital expenditure from £18.3m to £22.4m, with the “majority” of that spend focused on four new store openings.

Booths chairman Edwin Booth warned that trading during its current financial year had been “worse than expected” following the Brexit vote, but said margins had remained “strong.”

He added: “With the country having voted for a Brexit, there are going to be uncertainties around exchange rates and consumer sentiment, thus it would not be prudent of me to forecast an outcome for this year with accuracy.

“However, there are a number of key operating initiatives which are being developed to make Booths an even better place to shop.

Booths will be hoping for improved fortunes over the crucial Christmas trading period.

Last year, the business grew total sales 5.9% in the three weeks to January 2, although like-for-likes fell 1.4% as adverse weather battered the North of England.