Asda restructures senior team as it braces for 'toughest year yet'

Asda has restructured its senior management team in what its boss Andy Clarke expects to be “the toughest year yet for our sector”. 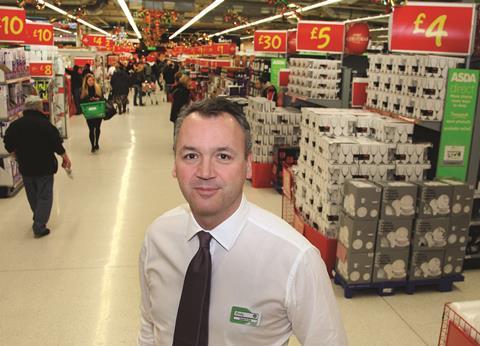 “We are facing even greater challenges than last year so we need to further change and adapt the way we work.”

Chief merchandising officer Andrew Moore will take on the additional responsibility of food, as well his existing responsibilities for fashion business George.

Asda’s leadership changes come in the week that Morrisons revealed it was on the hunt for a new chief executive and follow Tesco’s appointment of Halfords boss Matt Davies as its new UK chief executive, and as the big-four grocers brace themselves for another challenging year.

Asda also unveiled changes in the level below the executive team – vice-presdents – including the appointment of Nick Jones as managing director at George. Five vice-presidents will leave the retailer as part of the restructure.

Clarke said: “A retail business runs in cycles and as we start the year – one which promises to be the toughest year yet for our sector – I want stability at the top of the organisation through fewer, bigger leadership roles which will speed up decision making in this highly competitive market.”

In a note sent to staff and seen by Retail Week, Clarke wrote:  “As we enter 2015, we are facing even greater challenges than last year so we need to further change and adapt the way we work. With that in mind, it’s vital that I provide stability at the top of the organisation and consistent leadership from January and throughout the year.

“These are demanding times for anyone working in the retail industry. Whilst I am proud to know that our business is leading the way for large retailers in addressing the structural changes in our market, I know that being first means we are making tough decisions and putting our heads above the parapet, which can feel uncomfortable.

“These changes will enable Asda to prosper in an increasingly competitive market by enabling faster decisions through streamlined structures where colleagues are empowered under the leadership of fewer, bigger leadership roles.”

Asda last week unveiled plans to invest £300m in prices in a fiercely fought and is ramping up its online business as it seeks to stay ahead of the competition.