The etail titan, which brought its Fresh grocery proposition to the UK earlier this year, has followed the likes of Deliveroo, UberEATS and Just Eat into the growing meal delivery market.

The Amazon Restaurants service, which launched in the US in Seattle last September, will offer food from well-known eateries including Planet Hollywood, Strada and Gastronomica through its existing Prime Now app. 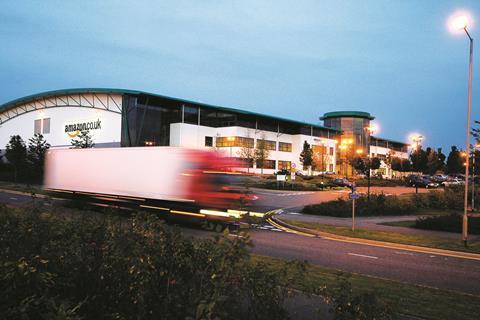 Amazon said it will deliver meals to customers in 21 London postcodes free of charge and pledged there would be “no menu markups or hidden service fees.” There is, however, a £15 minimum order value.

The launch covers locations including the West End, Westminster, Victoria, Southwark, Islington, Kensington, Chelsea and Lambeth, with plans to expand the service further in the coming months.

It comes as established supermarket players face growing pressure to maintain their share of the rapidly growing food-to-go market.

According to IGD, the sector will be worth £16.1bn this year, representing a 6.8% increase in spend compared with last year.

Grocers currently hold less than a quarter of that pie, with £3.7bn forecast to be spent in supermarkets, hypermarkets, c-stores and petrol forecourt shops this year.

Sainsbury’s boss Mike Coupe told Retail Week in July: “A big trend in not just our industry, but consumer industries more generally, is towards having more choice and what I would call disaggregation and disintermediation.

“You have more choice than ever and you have companies like Just Eat, who effectively put themselves between a customer and the provider of the service.

“Companies like Deliveroo, Hello Fresh, even UberEats – who are big in the States – these kinds of companies are looking covetously at our space and trying to work out how they might interact with our customers differently.”

Amazon Restaurants UK boss Al Wilkinson said: “London offers some of the best cuisine from around the world, so we’re delighted that Amazon Prime customers can now enjoy food from their favourite restaurants via Amazon’s ultra-fast Prime Now service.

“Based on our own research into what is important to consumers in food delivery, our team have hand-picked a selection of the best quality local restaurants in London. We’re excited to be helping many of these small businesses start offering home delivery for the very first time.”