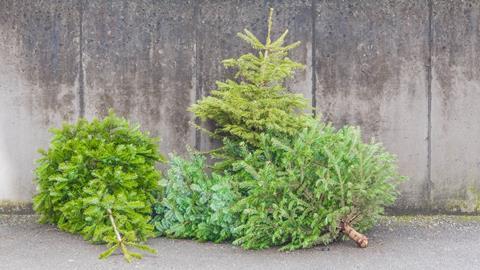 The makings of a sustainable Christmas

Many consumers are committing to a greener, more sustainable Christmas this year, but how will this shift impact spending habits?

Political uncertainty and next month’s general election mean one in five British consumers will spend less this Christmas and think more carefully about their purchases, according to research by Walnut Unlimited.From plastic packaging to glitter-covered cards and even the tree, Christmas isn’t an eco-friendly affair. But consumers are starting to rethink this – and so are retailers.

More than half (56%) also said they would prioritise food in their Christmas spending, with the next priority being toys at just 13%.

This represents one way in which spending patterns at Christmas are changing, as consumers focus on the necessities rather than the extra nice-to-haves – cutting out cost and waste.

The 2019 Christmas consumer is more socially and environmentally conscious than ever, hence a rise in plastic-free, reusable, recyclable, vegan and charity-based products being advertised as the ultimate way to feel good this Christmas.

As well as environmental concerns, Christmas reminds consumers of those who are less fortunate, often creating an atmosphere of charitable giving, and retailers are making this easier than ever to facilitate.

For the second year running, recipe box retailer Mindful Chef is offering a ‘reverse advent calendar’ service, whereby customers who order a box for delivery between November 24 and December 20 then empty the box and fill it with a non-perishable food item every day between December 1 and 20.

Boxes are then returned free to Mindful Chef, which tops up the number of food items to reach 24 and distributes the boxes to those in need via charity partners.

Asos has also teamed up with charity partners for the Christmas season, extending its ‘charity boutique’ concept, which began in May.

“Christmas reminds consumers of those who are less fortunate, often creating an atmosphere of charitable giving”

Current partners Oxfam, Barnardo’s and Traid will be joined by British Red Cross and Save the Children to trade seasonal products, including Christmas jumpers and gifts, for free on the Asos platform, with all proceeds going to the respective charities.

And John Lewis is offering the Advent of Change calendar again, in which each door represents a £1 donation to a specific charity, including Marie Curie and Teenage Cancer Trust. Behind the door is a description of how the donation will help those in need.

Raising a total of £98,520 through the advent calendar in 2018, the initiative aims to double that figure for 2019, with a collection of four different calendars raising money for 72 charities.

The gift of second-hand

The second-hand apparel market is growing 21-times faster than the primary market according to B2B platform B-Stock – and in 2019, giving a used gift could be the most sustainable and purse-friendly option.

According to B-Stock, there has been a 254% increase in transactions for used goods in the past two years, a figure which is predicted to continue to grow.

The trend has been driven by a rise in online resale and consignment marketplaces, which are particularly popular with young people looking to access big brands for smaller budgets.

According to B-Stock EMEA director Ben Whitaker, the trend means people are more likely to wake up to find the gift of used sitting under the tree. “We have witnessed a shift in consumer attitudes towards sustainable shopping, which shows no sign of slowing down for the gift-giving season.”

Instead of chopping down real Christmas trees, many consumers are now opting to rent trees, still in their pots, which are then returned to the farm after Christmas ready for next year.

As these tend to be local tree farms, the carbon emissions of delivery and pick-up are negligible, perhaps making this the most environmentally friendly Christmas tree option.

However, John Lewis recorded a 30% increase in sales of artificial trees over its range of real trees in 2018 – meaning many consumers are choosing the “reuse” route.

Disposing of trees will be a growing concern at Christmas, but so too is disposing of the waste produced by cards and gifts.

While undeniably decorative, glitter is a non-recyclable microplastic that some retailers are shunning this Christmas to make their festive fare better for the environment.

Tesco has swapped the glitter atop its trees, flowers and plants for a biodegradable alternative, while Aldi and Marks and Spencer have removed glitter entirely from their ranges of cards, wrapping paper, gift tags and crackers.

M&S has gone one step further and added recycling instructions to the back of its wrapping paper rolls, advising customers to remove tape and bows.

And Waitrose and John Lewis have pledged to remove glitter from their Christmas ranges for 2020.

In a bid to reduce plastic elsewhere in retail this Christmas, Iceland has revealed its plastic-free Christmas food options.

Iceland is also one of many grocers that has launched revitalised and extended plant-based ranges for the Christmas dinner table.

From nut roasts to seitan wellington to pastry parcels, the number of vegan Christmas options has grown exponentially for 2019 across all grocery retailers.

Vegan trimmings, such as meat-free pigs in blankets, have joined the table from retailers such as Sainsbury’s and M&S.

Furniture retailer Ikea, renowned for its Swedish meatballs, has removed meat entirely from Christmas menu options in its stores’ cafes, offering vegan and vegetarian options only, including vegan mince pies.

“As part of our commitment to supporting our customers to live healthier and more sustainable lives, we have decided to launch our first ever ‘Meat-Free Christmas’ in our restaurants,” said Lee Tupshafski, range manager at Ikea Food, who developed the menu.

“We know that Christmas dinners are an important part of the festive season, and we really want to encourage our customers to try something new this year. Both our meat-free dishes are packed full of flavour to showcase how more sustainable options can be just as tasty.”

With veganism predicted to skyrocket by 327% in 2020, according to research by Finder, vegan food options are likely to increase every holiday.