Argos’s like-for-likes were flat for the 18 weeks to January 3 as Black Friday ‘significantly impacted’ the shape of sales over Christmas. 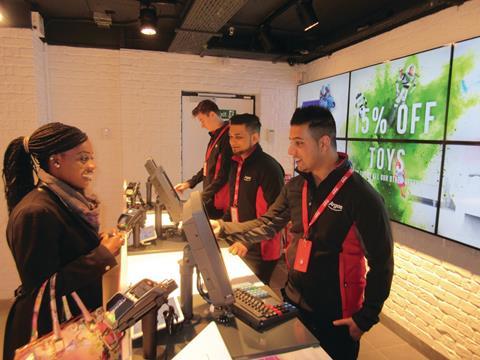 Argos, which is owned by Home Retail Group, reported like-for-likes ticked up 0.1% for the period. Total sales grew 0.8%.

Home Retail chief executive John Walden said: “I am pleased with our overall performance during our important peak trading period, having managed through a volatile trading environment with good control of both gross margin and costs.

“This year’s adoption of ‘Black Friday’ promotional events generally by the UK market significantly impacted the shape of Argos’s sales over its peak trading period. For example, on the day alone sales at Argos were up by 45%, while at the same time, it received over 13.5 million visitors to its digital channels, three times last year’s visitors, with mobile channels representing 71% of visits and 61% of digital sales.  The draw of discounts affected trade both before and after that busy weekend as consumers satisfied their Christmas shopping lists with bargains.

“In anticipation of volatility in trading patterns and the profit pressure caused by aggressive promotions, Argos pursued a more cautious trading stance over the period. This resulted in broadly flat like-for-like sales, but achieved both improved gross margins and good cost management.

“Argos also made good progress during the period on its transformation plan to reinvent itself as a digital retail leader, as sales through digital channels increased to represent half of Argos’s total sales.”

At Homebase, total sales fell by 2.7% due mostly to a reduction in net space of 3.3%. Twelve stores closed in the period.

Like-for-like sales increased by 0.6% in the period, driven by sales of seasonal stock.

The retailer continues to expect full-year pre-tax profit to be in line with current expectations.