Sainsbury’s like-for-likes rise ahead of Argos bid: What the analysts say

Sainsbury’s fourth-quarter like-for-likes edged up 0.1%, buoyed by an increase in online sales. This is what the analysts said.

“Sainsbury’s fourth-quarter performance is very much in line with our expectation.

“With strong clothing and home entertainment sales, we assume that grocery like-for-like sales were negative – albeit with deflation, volume and transactions are ahead year on year.

“All eyes are now on the March 18 deadline for any further bid to acquire Argos, in which the British grocer still faces formidable competition, to our minds, from German-listed Steinhoff. We expect Sainsbury’s to try again.” – Clive Black, Shore Capital

“Sainsbury’s has done well to retain what is a new promiscuous brand of customer. Its confident and dynamic leadership is evident in clear range and price messages consistently delivered in store. 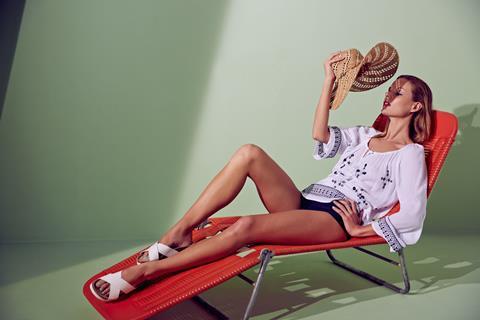 Sainsbury’s recorded a 10% uplift in clothing sales over its fourth quarter, driven by its Tu range

“The Tu clothing brand is a good one, nice product at good prices.

”The fourth quarter brought a 10% lift in clothing sales but what continually grates is that Sainsbury’s has not fully maximised this margin-rich opportunity, opting to boost volume online rather than delivering a well operated offer in store.

“It’s not as if it doesn’t have the capability, it does, so when will this be addressed?” – Phil Dorrell, Retail Remedy

“Ahead of the next key stage of the Sainsbury battle with Steinhoff for Home Retail later this week, Sainsbury has been keen to keep its share price moving up and today’s fourth-quarter trading update is headlined, a little inelegantly, ‘Positive like-for-like retail sales growth (exc fuel) for the first quarter in over two years’.

“Truth be told, however, 0.1% like-for-like sales growth is rather modest and is not a great surprise, given the slight calendar boost.” – Nick Bubb, independent analyst

“Despite the severe turbulence surrounding the UK grocery sector, Sainsbury’s is in relatively good shape.

“Multi-buy promotions may well be reaching the end of the road. They appear to be less and less in sync with today’s grocery shopper.” – John Ibbotson, Retail Vision

“Sainsbury’s continues to hold ground as the best performing grocer among the top four.

“With all major grocers investing in lower prices, and grocery deflation showing no signs of abating, Sainsbury’s will need to maintain its A-game to drive sales growth and market share gains.” – Himanshu Pal, Kantar Retail

“Given both Morrisons and Sainsbury’s now reporting fourth quarter sales rises, are we out of the worst of the ‘change’, are discount now being pushed back on? Or is it boosted by Christmas and we should view it over a couple more quarters?

“I think the second bit is the best way to look at things; Christmas boosts sales as we know, with customers more likely to come back to the main chains for food and gifting inspiration.

“Good work from Sainsbury’s, the core business is in good shape, and that’s aside from the Argos deal of which we have no news”

“However that’s not to say that Tesco, Sainsbury’s or Morrisons haven’t done well at Christmas and the fourth quarter.

“They executed incredibly well and varied their offer, which saw customers return and crucially they look to have retained those customers into the new year.

“Good work from Sainsbury’s, the core business is in good shape, and that’s aside from the Argos deal of which we have no news.” – Steven Dresser, Grocery Insight

”While premature to call this anaemic increase a full recovery, this does mark positive momentum, and taking a longer-term view, Sainsbury’s balance of quality and price appears to be delivering results. 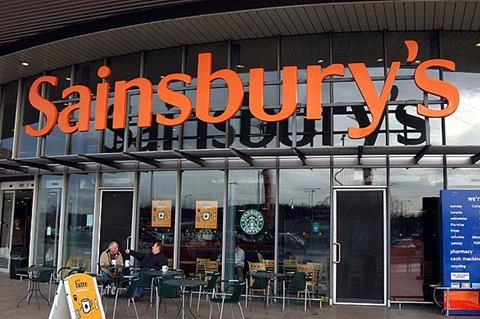 Sainsbury’s fourth quarter like-for-likes edged up 0.1%, buoyed by an increase in online sales

“Given the hyper-competitiveness of the UK grocery sector, this is a positive story and is a far outperformance of Asda and Tesco, and on par with Morrisons.

“Sainsbury’s is going in the right direction in core groceries and is further ahead in its recovery than its big four rivals.

“However, it should be cautious, as the rest of the Big Four seek to better align their propositions to the market and the discounters continue to open more stores.

“With this in mind, its non-food presence, which will be significantly boosted if its acquisition of general merchandiser Argos is successful, has vital role to play in delivering wider growth.” – George Scott, Verdict Retail.