MySale has closed its US and South Korea websites in order to focus on the UK and other key markets after reporting a loss. 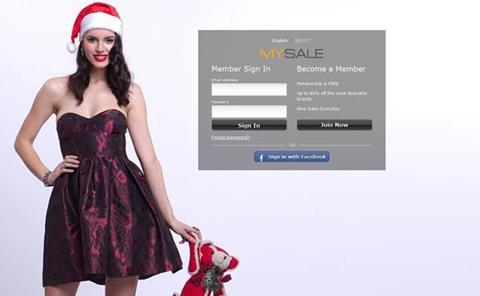 The etailer, which is backed by Sir Philip Green, has decided to close the websites “for the time being” after member acquisition costs proved to be higher than expected.

The business will keep its buying and warehouse operations in the US open in order to keep fulfilling US-sourced products globally.

The closures come as MySale reported an EBITDA loss for the first half of the year after investing heavily in marketing and “other product initiatives” in an attempt to stimulate sales growth and support its entry into new markets. MySale warned on profit in December last year.

MySale forecasts EBITDA margin in the second half of its year will be positive because “one-off marketing will not be repeated” and it is reducing “general promotion and operating expenses”.

MySale chief executive Carl Jackson said: ”We had a challenging first half, brought on in part by our rapid expansion.

“Despite this our core business model remains sound and we have delivered strong growth in members which will contribute to the turnaround in financial performance in the second half.”

Alongside the UK, the etailer will also continue in Australia, New Zealand and Southeast Asia.