General retailers were up again over the week, outpacing their food peers and just about keeping pace with the All-Share Index. They are still down over the year, though. 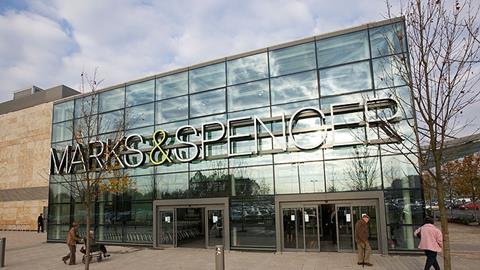 Despite continued nervousness about how the rest of this year and next will play out in the aisles, there were encouraging signs. BRC sales data for August showed the industry recorded like-for-like growth of 1% last month and total sales rose 2.8%.

Among those to spot opportunities in the sector is broker HSBC. Analyst Paul Rossington said a double-dip recession looks unlikely and input cost pressures facing retailers are in the main reflected in City estimates.

He raised his target price on Marks & Spencer from 390p to 400p ahead of a likely encouraging second-quarter performance and strategic update from new chief executive Marc Bolland. He cut his Next target price from £24.80 to £24.30 because of peers’ lower valuations but said: “We still like Next’s resilience and its ability to deliver growth in a downturn.”

Chocolatier Thorntons reported a fall in pre-tax profits but chairman John von Spreckelsen pointed out they rose at the underlying level and earnings per share improved. House broker Investec retained its hold advice pending the appointment of a new chief executive and “sustained evidence of improved retail performance”.

Buy Kesa, recommended Singer, which has a price target of 171p. The broker believes rival Dixons’ strong update last week was primarily at the expense of Home Retail, rather than Kesa’s Comet chain. Kesa updates next week and Investec expects the relative performance gap between it and Dixons to narrow in the run-up to peak trading.

Buy Tesco, advised Shore Capital ahead of the grocer’s interims at the start of next month. Shore noted: “Tesco UK is tackling the challenge of a large share in a concentrated, low-growth grocery market through cost focus, careful margin management and exploration of growth in faster markets.”

Maternity specialist Mothercare is on KBC Peel Hunt’s hold list. When it last reported the retailer revealed a first-quarter like-for-like sales decline in the UK. While the broker expects that to continue, Mothercare has other strings to its bow. KBC Peel Hunt maintained: “The medium-term opportunity remains attractive, driven by international and wholesale opportunities.” The retailer is planning an investor trip to India, where it is growing rapidly, in December.

Debenhams updates next week, and UBS expects the department store group to unveil a return to like-for-like growth in recent weeks. Buy, the broker advised.