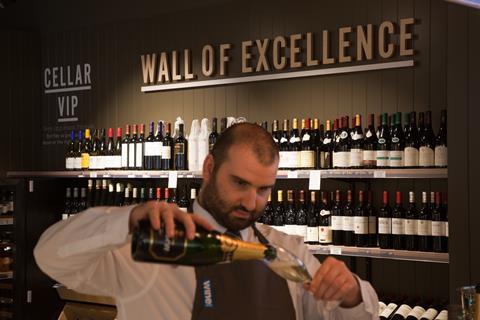 Conviviality Retail, which owns the Bargain Booze brand, increased pre-tax profits to £3.2m for the 26 weeks to October 26.

The profit increase came despite revenues dipping slightly during the period from £183.7m to £182.9m.

Meanwhile, the alcohol retailer said trade was strong for the two weeks to January 4 with growth up 2.6% on last year.

Conviviality chief executive Diana Hunter said: “I am pleased with our first half-year results which are in line with our expectations in a highly competitive market.

“Despite closures of underperforming stores in the period and the integration of the Rhythm & Booze units, sales have been maintained and store numbers have started to grow as we open higher-quality outlets. This has led to increased profits for both the company and its franchisees.

“We now have a solid platform from which to accelerate franchisee growth, our pilot with Scotmid demonstrates the potential for Bargain Booze to expand throughout the UK.”

Hunter said the retailer remained largely unaffected by the supermarket price war over Christmas by only investing in targeted promotions.

She also said that a new format Bargain Booze has opened in Sandbach, Cheshire, which features a bakery, food to go, ready meals and a “relaid grocery assortment”. Hunter said elements would be rolled out to further stores.

Hunter added she was “excited” about the year ahead as the business moves into a growth phase after stabilising sales.