Analysis: Asos comes out on top in sales per employee ranking

It may not be the most widely reported indicator of productivity, but UK retail’s sales per employee figures paint a fascinating picture. 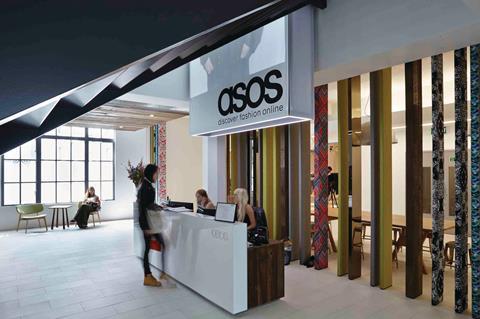 At the top of the list, perhaps unsurprisingly, is fashion etailer Asos, which sold £660,995-worth of products per employee in its last reported financial year.

It is followed by high-end jewellery chain Boodles, whose high-margin diamonds, large export sales to overseas customers and small store footprint combine to result in a sales per employee figure of £577,000. Big online hitters including Wiggle, Ao.com, Shop Direct and The Hut fill much of the top 10, enjoying the benefits of having no stores to fill with staff. Many of these etailers have increased their staff numbers rapidly over the past decade – but turnover has continued to grow faster. The relatively low numbers of staff involved in online retailing push up the financial productivity of each one.

These figures don’t take into account the cost of each employee, however, and so don’t illustrate the turnover per employee compared with a retailer’s average cost per person.

Retail Week Knowledge Bank analyst Philip Wiggenraad said: “Online retailers often operate very scalable businesses, where sales can often be grown easily without needing to invest in much extra staff. With many of these etailers having experienced significant growth in recent years, they have invested in further automation at their distribution centres. That is also helping to boost staff productivity.”

However, one retailer with a large network of stores does make the top five. German grocer Aldi made £329,540 of sales per employee in its last financial year, beating home shopping specialists including Shop Direct and Boden.

Wiggenraad says: “For discounters Aldi and Lidl, containing costs is crucial and it is therefore no surprise that they rank so highly. Underlining this, their staff costs to sales ratios are also considerably lower than those of their mainstream rivals.”

Aldi and Lidl’s sales per employee are significantly more than any of the big four supermarkets.Tesco makes £204,000 per employee and Morrisons, where things have been difficult in recent years, makes £197,000. Moreover, the figures for the big four grocers are all on a full-time equivalent (FTE) basis, so comparable figures would be somewhat lower than those shown in the table.

Any retailer clearly needs more staff as it grows, but Aldi’s rigorous cost efficiency means its turnover per employee is higher than most store-based retailers.

Aldi benefits from a smaller range than the big four, a speedy no-frills checkout process, and keeping staff numbers to a minimum in its stores.

Many of its products are not placed on shelves, but displayed in the boxes they were delivered in, removing the need for shelf-stacking staff.

A strong performer at the other end of the scale is Selfridges, which clocks in with £251,030 worth of sales
for every FTE staff member. That compares with non-FTE figures of £189,700 at Harrods and £155,400 at Fenwick.

Selfridges benefits from its upmarket positioning. It has relatively high average transaction values and is popular with tourists – especially at its London store. Its high staff productivity also clearly has a beneficial effect on profitability, as its margins are the highest in the UK department store sector.

The big high street fashion names are held back by their relatively high levels of staff per store – they need a lot of employees to ensure service levels are maintained, and to make sure clothes are not scattered around the shopfloor.

Having small stores can also help. Wiggenraad says: “Sales per employee at retailers such as Richer Sounds,
Carphone Warehouse and Phones 4U are boosted by the fact that they generate very high turnover through relatively compact stores. That more than offsets the high service levels required in their sectors.

“Equally impressive is Apple’s position in the list, given that it employs an average of 125 staff across each of its UK stores, a considerable number of whom are technical support staff.”

And while high sales per employee can, in some instances, mean stores are understaffed and employees are overworked, it is certainly not automatically the case.

Asos gives its staff Friday afternoons off in the summer, and electronics retailer Richer Sounds has made
the Sunday Times Top 100 Best Companies to Work For list. But whether big or small, online or multichannel, the grail is productivity.