Achica reported an increase in sales but the luxury homewares etailer remained in the red in its full-year financial results for 2013. 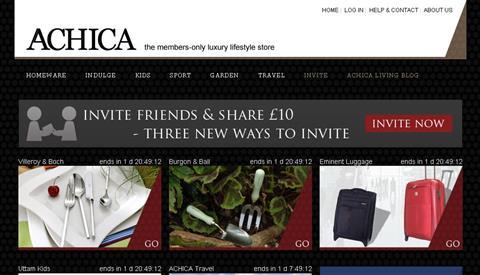 Despite the impressive increase and gross profit of £7.4m, the etailer suffered from property and people expenses.

The loss and total comprehensive income for the period reached almost £7m.

Over the year, the etailer also said it had focused on improvements to its IT systems by implementing its first external enterprise resource planning solution using Microsoft Navision.

The company also continued to grow its presence outside the UK, particularly in France and Spain. Achica said that while proportionately these markets are relatively small they are strategically important for the future of the business as it looks to grow in Europe.