Sir Philip Green has reaffirmed his faith in Bhs after the chain posted a loss for the period in which it merged with his Arcadia Group. 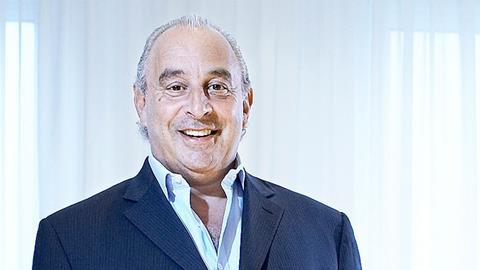 Half of the loss - £31m - was accounted for by exceptional costs related to the merger. The long reporting period was due to the aligning of the Bhs accounts with those of its new parent.

Green said: “On a 52-week period it would only have been a small loss.” He pointed out that the accounts took in two summers and not the final fourth quarter, when most retailers make the bulk of their profits. After a full year of trading as part of Arcadia, Bhs would “make money”, Green predicted.

He added that 80 Arcadia inserts in Bhs stores had performed “very well”. Arcadia hopes to complete the inserts into most of Bhs’s 180 stores by the end of September.

Green said he would be looking for other concessions to trial within Bhs. In addition to inserting Arcadia brands, including Wallis and Dorothy Perkins, Bhs has been trialling footwear concessions, including an offer from Barratts and Priceless.

Next week Bhs will open a new-look store in Uxbridge but Green would not give design details. When the group announced its merger Green said that the combined revenues would be around £3bn, making it the “largest private player” in the UK.