Next boss Lord Wolfson has defended plans to increase its prices due to the Government’s living wage, saying “the maths is very compelling”. 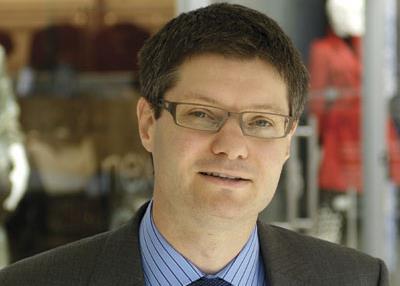 The fashion bellwether revealed today that its prices will rise 6% over the next five years. Around 1% of the price rise will be due to the living wage, while the rest will come from general wage inflation, the retailer said.

Speaking to the media, following the group’s half-year update today, Wolfson said: “The maths are very compelling for a price increase.

“In an environment where wages go up 19%, the 6% increase in prices is one that our customers can afford. In fact they can still afford to buy more clothes.”

Other retailers have yet to say whether they will increase their prices in light of the living wage, but Whitbread has said it will at its Costa Coffee chain.

However, Wolfson hinted other retailers would raise their prices. He said: “Any price rises should be comparable across the industry.”

Wolfson said the last time Next put up prices was five years ago by about 7%, and it only saw a 1% drop in sales.

The Next boss said it had calculated that if the wage increase was absorbed as a cost it would hit profits by around 18%, but by raising prices “it might cost 2% to 3% of profits”.

Wolfson said there is no plan to change staff benefits at this stage, in light of the living wage.

Meanwhile, he appeared undeterred by the reputational damage retail has suffered of late relating to pay and zero-hours contracts. “The important thing is how you are treating you staff, what they think of you and what your customers think of you, rather than what the newspapers say…and fighting a PR battle outside the sector.”

In May, Next was accused by the union GMB of “bullying” its workers into taking pay cuts for working on Sundays, or face being made redundant.

Wolfson said: “When you look at the attitude of people who actually work in retail, as oppose to the people that don’t, it provides a lot of people with very valuable income and career opportunities.”

Next reported that half-year profits rose 7.1%, while retail sales were flat.