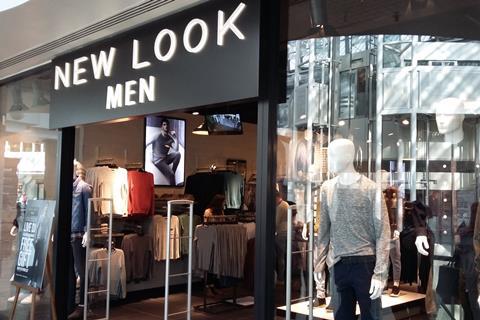 Englinde, who joined the retailer in August 2015, will move to menswear brand Ljung in July as interim managing director.

He will be tasked with helping the label, which is owned by his partner, expand into new markets.

It already has wholesale accounts in Sweden, Denmark and Norway.

When he joined, his appointment was regarded as a coup for New Look as he had been responsible for one of H&M’s two menswear divisions at its Swedish headquarters.

His remit was to rapidly grow New Look’s menswear department, which comprised around 4% of all sales when he joined.

According to Drapers, Wain is leaving after three and a half years at New Look.

She joined the retailer in December 2013 as buying, merchandising and design director for footwear, accessories and beauty.

Prior to that, Wain spent six years at Debenhams as head of buying for footwear, accessories and swimwear.

The departures came days after New Look posted a 44% slump in underlying operating profit to £97.6m for the 52 weeks ending March 25.

Earlier this year, it emerged that head of design Steven Andrews and buying, merchandising and design director Emma Worley both left New Look in the autumn amid a round of design redundancies. Retail buying manager Cathie Boulton was also made redundant at that time.